Plant a tree in memory of Rhita
An environmentally-friendly option 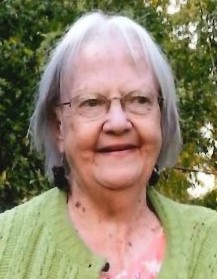 Rhita Fay Hawk Hackworth was born in Rupert, Idaho on June 2, 1933 to Harold David Hawk and Verl Thomas Hawk. She was the oldest sister to Harold, Larry, Dennis, Steve, Scott, and Joe; and she was the Boss! She peacefully passed to her Heavenly home on Monday, March 15, 2021, with her daughters by her side, just as she would have wanted.

Rhita was born in Idaho. When she was four, the family moved to sunny California for a brief time before returning to Twin Falls, where she attended school. At the age of eighteen, she met the handsome neighbor boy, Robert Hackworth, on Van Buren Street. They fell in love, loaded up their mothers, Verl and Bertha, and drove to Elko, Nevada. They were married September 1, 1951.

Thus, began a beautiful life. Bob started working at the Northside Canal Company and they moved into the home that would be theirs for the next 65 years. In 1954, they were blessed with a daughter, Leann. Dana Louise followed in 1957. Sadly, she passed away at the age of two. It was a loss that never went away, but they had Leann who was the apple of their eye.

In 9th grade, Leann met JoAnn Goin, and became the best of friends. In 1971, JoAnn’s mom passed away and she moved in with Bob and Rhita. To the delight of the family, she fell in love with and married Rhita’s baby brother, Joe. Rhita was more like a mother to her than a sister-in-law.

Rhita loved her brothers and treasured her time with each and every one of them. She loved her trips to Payette and Boise to spend time with Harold and Larry. If she went, Dennis, Steve, Scott and Joe followed. They were a real family unit. Rhita loved her Salt Lake trips to see Dennis and Carol and enjoyed going to Steve and Jeanene’s Christmas parties. She saw Scott and Candee and Joe and JoAnn every week for Sunday dinner. She was their biggest protector and greatest fan.

Leann met Doug Jacobson and soon “Dougie” joined the family. Rhita and Bob loved Doug so much. He was the son they never had. She loved beating him at cards, but they were on the same team when it came to the Green Bay Packers, Go Pack Go!

Soon after, they had the lights of their eyes, their Grandchildren. Rhita broke the mold for being the best grandma ever. She helped us fine tune our mud pie making skills by adding dandelion frosting. She was the color book queen, best Sunday Comic reader, pancake maker, nurse, secret keeper, and best friend. She really made it known how much she loved Brandi, Brian, Shawn, and Crystal.

Like so many women of her generation, she had a huge garden surrounded by big, beautiful zinnias. She canned vegetables, preserved jam, and froze corn, which she occasionally cussed Bob out for bringing more home.

Bob and Rhita created a strong sense of family. It was everything to her. We were together al of the time. Clam chowder at Christmas, huge 4th of July BBQs with boxes of fireworks. We celebrated Easter, Memorial Day, Halloween, and Thanksgiving with big dinners and lots of family. Her baked beans were a specialty that was a requirement. She cooked a delicious pork roast on special Sundays.

Rhita was a self-taught scholar. She was a voracious reader of history, National Geographics cover to cover, and loved reading newspapers. If she, or any of us, traveled, we always brought home newspapers for her.

Rhita also left her family a legacy of her writing. She kept a daily journal from 1958 until dementia took over at the beginning of this year. How wonderful it is to curly up with a cup of coffee and one of her journals from 1960 or 1970 and slip back in time when it seemed life was a little less hectic and complicated and families gathered every Sunday.

Rhita loved collecting old glass and anything owl related. She loved her Wednesday trips to Twin Falls with Leann, where they cruised the Youth Ranch and the DI in search of treasures. She collected salt and pepper shakers by the hundreds.

Rhita loved a good game of gin rummy on a lazy Saturday afternoon, and she LOVED watching golf on Sundays. Rhita was also a lover of corny jokes. And the cornier the better.

Bob passed in 2000. Rhita never fully recovered from the loss, but to her joy, she now had great grandchildren. She began to teach a new generation all of her incredible Grandma talents. She adored them.

Per Rhita’s request there will be no formal service. A family celebration will be held at a later date for our sweet matriarch.

In lieu of flowers, please donate to your local animal shelter.

Memories and condolences may be shared with the family on Rhita’s memorial webpage at www.farnsworthmortuary.com.

Plant a tree in memory of Rhita by clicking here.
To send flowers to Rhita's family, please visit our floral store.

Plant a tree in memory of Rhita
An environmentally-friendly option

Plant a tree in memory of Rhita

1 tree planted in memory of Rhita

So sorry for your loss. Leann, I loved seeing your mom every now and then with you in town. She was a special lady.

Bob and Rita, we’re two of my favorites, A whole lot of good memories. They both will be missed.

I am so sorry to hear of Rhita's passing. She was a great woman, I always enjoyed seeing her in Walmart and catching up with everything everyone was doing.  Patty Fallon Bryant

Leeann, Doug, Brandi & Brian we are so sorry for your loss. Rhita was the sweetest lady and every time I saw here with Leeann, she had a dress on which is unusual these days. What a great mother & Grandma to have had in your lives.

A Memorial Tree was planted for Rhita Fay Hackworth

Plant a tree in memory of Rhita