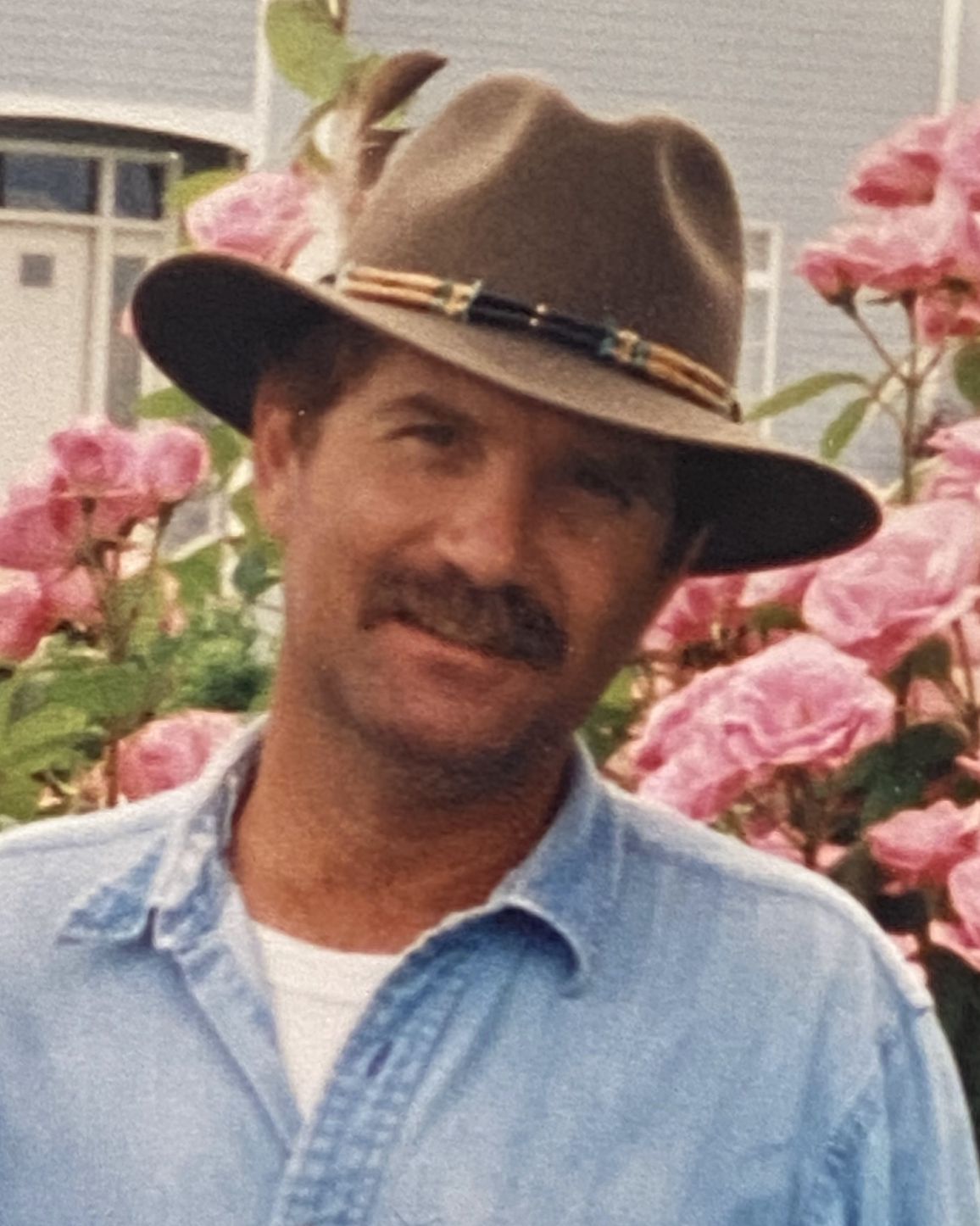 When Blaine turned 18 years old, he was proud to serve in the U.S. Navy for six years. He got his orders in February 1975 and served until March 1981, before receiving an honorable discharge.

Blaine was the commanding officer on the USS Johnston (DD821) in the Navy, serving for Nuclear Warfare from February 19, 1976, through March 1978. He then served on the USS America (CV-66).

Blaine and his dog, Sunshine, he loved the desert and enjoyed hunting for arrowheads. He also worked in Sun Valley, Idaho.

Blaine enjoyed restoring old trucks, cars, tractors, and boats. His most recent project was carving his own 3-foot radio-operated boat, which he was not able to finish. Blaine liked farming and helping his dad, his uncle Jack, and his cousin, Rod, who was like a brother. They enjoyed challenging each other, and there are so many stories those two could tell. Blaine and Tara Boothe enjoyed getting together and singing karaoke. Justin, another friend of Blaine’s enjoyed playing golf games on their iPhones.

Blaine’s soulmate, Thelma, was a true friend and companion of eight and a half years. They did a paper route together for the Twin Falls Times, delivering to several of the small communities in the area.

Blaine was able to spend a day with us at the Hubsmith and Coates family reunion in Shoshone, Idaho in August of 2022. Blaine’s sister, Debbie, drove to spend a day fishing and remembering the past. People around Richfield also knew him as “YT Whitey”. When asked how he got his nickname, he said it meant Yours Truly.Both Thelma, and Blaine’s son, Jarred Hubsmith, were beside him up to his final hours on earth where he stepped into eternal life, free of pain and suffering. Blaine was a son, brother, father, and grandfather,

He is preceded in death by his grandfather, Fred; grandmother, Irene; his mother; his uncle, Jack; and his two older sisters, Earline Holland and Linda Adams.

Memories and condolences may be shared with the family on Blaine’s memorial webpage at www.farnsworthmortuary.com.

To order memorial trees or send flowers to the family in memory of Blaine Keith Hubsmith, please visit our flower store.