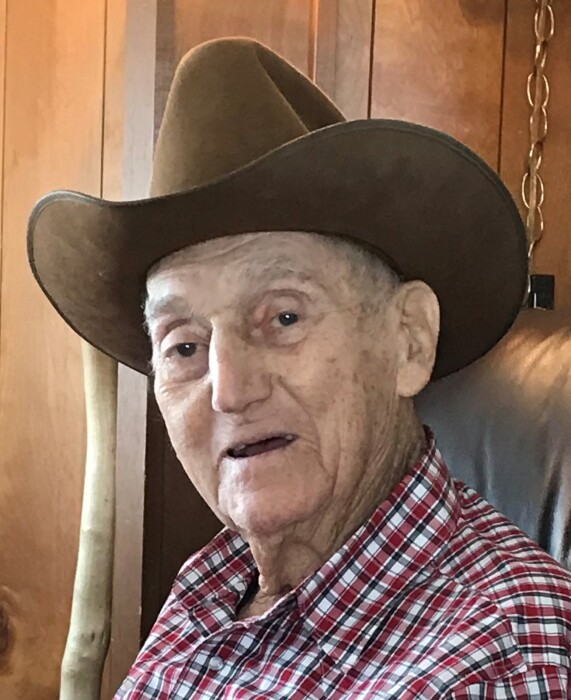 Bobby Dean Jones was born in Alpena Arkansas August 1, 1930 to Obil and Lila Jones. He left this mortal existence and a failing body on May 26, 2020, at his home in Hagerman, Idaho to join friends and family who went before him.

He loved Arkansas, extended family, and the freedom of youth. To many of his friends he was known as ‘Arkie’. His parents divorced when he was quite young and his father moved the family, Bob, and sisters Jean, and Ruby to Castleford, Idaho where Bob attended school and earned a diploma entitling him to attend High School. As the family grew and went different directions Bob chose to stay in Idaho and moved to the Hagerman area.

He married Mary Jane and from this union were born Cathy, Tina, and Ron.  They divorced leaving Bob a single parent with three young children. Later he married Cathy Johnson and became “Dad” to her children, Laurie, Renae & Les as well. He loved them all and was happy to have a big family and worked every opportunity he could to provide for them. They later divorced but he always considered her children as his as well.

Bob was physically extraordinarily strong. He worked with a good friend Chuck Smith, Marion Pugmire and 2 other fellows, hauling over 2 million sacks of concrete for the C J Strike dam. His many jobs included bucking hay, being the mechanic, driving truck for Cady Auto hauling livestock, managing a private hunting/fishing club, and cutting down trees. He was a maestro with a chain saw, cutting wood, discs of wood for artwork, repair/ maintenance and was a willing teacher to anyone who wanted to learn this skill.

One of the jobs he particularly enjoyed was being a rodeo clown and riding a mule.  Rodeos, as a participant and later as a spectator were favored activities. He loved animals, horses, especially his horse Sam and numerous border collies. Bob enjoyed breaking horses and teaching others to ride.   At one point in his life he proudly served as a City of Hagerman Councilman. During WWII he volunteered and was trained as an official Air Force observer. His last job was for Reitsma Dairies in Wendell driving truck hauling ‘recycled alfalfa’, this, he would tell you with a twinkle in his eye, waiting for you to figure out what that was.

He was always on time and very dependable. It was a joy to him to be needed and help others.  He was a good friend to all, never met a stranger, and was always ready, willing, and able to give a helping hand.  He even helped build two churches in this valley. Bob had a very positive attitude and loved to tease, calling the ladies “Brats”. Bob was also had a great knack as a storyteller and no matter how many times we heard the same stories, they made us smile. He could remember events that happened long ago and would get so tickled telling the story it was as funny to watch him as the story was funny. The written story could never be as good as the way he could tell it.

Memories and condolences may be shared with the family on Bob’s memorial web page at www.farnsworthmortuary.com.

To order memorial trees or send flowers to the family in memory of Bobby Jones, please visit our flower store.