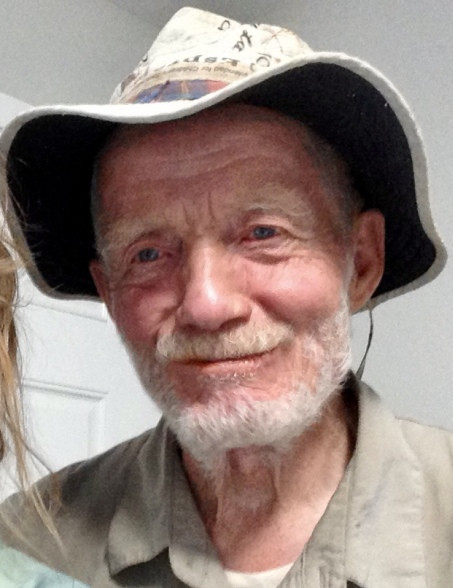 Csrl Hansen Nellis, 82, of Jerome, Idaho died Wednesday, July 20, 2022 in an accident while riding mules in the mountains near Ketchum. He was born in Winfield, Kansas April 1, 1940, the second of eight children to Alden and Lucille Nellis.

He graduated high school 1958 in Haviland, Kansas, and married Jane Mohney on September 3, 1961.  The couple attended University of Idaho in Moscow, with Carl studying forestry and biology. They moved every couple of years to attend universities and start careers. First, to Missoula, Montana where their daughter, Janet Eileen was born September 22, 1964. Carl received a Master of Science in Wildlife Ecology, then moved to Rochester, Alberta, Canada where their son, Alan Carl was born July 25, 1967. Carl did field work for his doctoral thesis on lynx and coyotes. The next move took them to Madison, Wisconsin where he completed his PhD in Wildlife Ecology and Zoology then onto Seattle, Washington where Carl was hired as an Assistant Biology Professor at the University of Washington. The family moved to Boise when Carl was hired by Idaho Fish and Game in 1972, then finally settled in Jerome, Idaho in 1975 where he spent the rest of his life.

Carl initially worked as a mule deer biologist in the South Hills.  He then commuted to Boise to work in the State Office as a Wildlife Staff Biologist, revising species management plans, later becoming the Region 4 Supervisor until he retired in 2000.

He was an inveterate outdoorsman, ecologist, scientist, educator, and life-long tinkerer and learner.  He spent countless hours cleaning up trash, building trails in the Snake River Canyon often with his friend Jim, fishing and hunting at the Wildlife Management Area (WMA), recycling, hiking trails in the mountains, big game hunting with his son and grandkids, or reading and putting together jigsaw puzzles.

He volunteered as his "job" after retiring; building handicap ramps, installing grab bars, mowing lawns, reroofing houses for Interlink Volunteer Caregivers (IVC), helping with the annual Paint Magic project, doing everything and anything for the Jerome Rotary Club, but he was especially passionate about the international campaign to eradicate polio (Polio Plus), and giving numerous presentations to 4th-grade classes at public schools and Natural Resource Camp and Methodist Church Camp to educate children about wildlife environments and habits. Carl has an impressive collection of hides, skulls, antlers, and horns for show and tell.

Carl was born into a family of helpers and doers who were always willing to help anyone, anytime.  He was honest and true to his word, with an unparalleled mental toughness and exuberance for life.  Carl could be seen on any given day with his floppy hat, long pants, and long-sleeved shirt alongside his dog, Milo on an outdoor adventure.  If you were to ask him how he was you would get a thumbs-up signal, and a single-word response usually of “spectacular or great".

Carl was the "walking encyclopedia" of our family, much like his Grandpa Couch.  We all came to Dad to solve problems, answer questions, get information - "Grandpa what kind of bird, plant, tree, animal is that?", or for project/building supplies (reclaimed wood, metal, bricks, cinder blocks, nails - you name it he had at least three of everything!), or if there was digging, tearing down, or building to be done - he was a beast with a shovel and his hand tools.

There are no words to describe how amazing Carl was or how much of a hero he is to his family, but if you were lucky enough to know him you will understand he was a one-of-a-kind human being and will be missed tremendously by all who knew him.

He is survived by his wife of 60+ years, Jane Nellis of Jerome; daughter, Janet Renaldi and her companion, Joe Ollivier of Twin Falls; son, Alan (Denise) Nellis of Nampa; grandchildren, Joe (Karisha) Renaldi of Twin Falls; Jessica Renaldi of Moscow, Idaho; Aimee and Logan Nellis of Nampa; and Mike Myers of Twin Falls; and great-granddaughter, Mea Renaldi of Twin Falls. He is also survived by his brothers, sisters, and their spouses, Alden Nellis, Susan (Irv) Townsend, Phyllis Nellis, Gene (Nancy) Nellis, Leah (John) Covaleskie, Kathy (Kevin) Brown, and Eric Nellis; and multiple nieces and nephews. He was preceded in death by his dad, Alden; beloved mom, Lucille at age 102.5; and his brother, Victor.

A memorial service will be held outdoors to honor Carl at 10:00 a.m., Saturday, July 30, 2022 at the WMA State Lands, https://idfg.idaho.gov/wma/niagara-springs, with a reception and celebration of Carl’s life starting at Jerome Fairgrounds in the air conditioned Messersmith Building at 1:00 p.m.  Please come share stories and remembrances of Carl at either, or both, and bring a potluck dish to share at the Messersmith Building.

In lieu of flowers, we will be buying trees, as Carl would want, to be planted in his name in the new Jerome City Park.

Memories and condolences may be shared with the family on Carl’s memorial webpage at www.farnsworthmortuary.com.

To order memorial trees or send flowers to the family in memory of Carl Nellis, please visit our flower store.