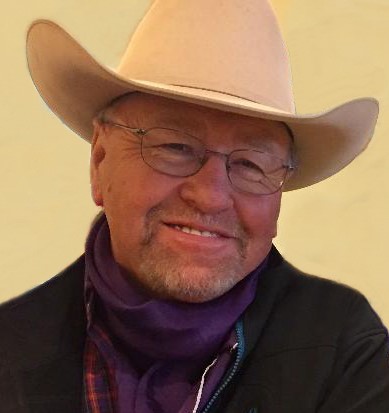 Carl Michael Robinson, 61, beloved Dad, brother and Papa passed away unexpectedly in Jackpot, Nevada, while celebrating the 4th of July with his daughter and grandchildren. Mike was born October 30, 1957 in Jerome, Idaho, to Carl and Carol Robinson, the third of four children, he was their only son.

Mike was raised in Richfield, Idaho where he excelled in sports, football, basketball, track and rodeo. After graduating high school, he chose to be a husband and father instead of going on to college. He started dating Toni Barton while in high school and they married October 15, 1977. Together they had two children, a son, Ryan, born in 1981 and a daughter, Britani, born in 1983. Mike and Toni eventually divorced in 1995 but remained close.

Mike continued to do what he loved, training horses, cowboying and managing ranches, where he did so throughout Idaho and Nevada. Mike was a jokester and always fun to be around. He got a kick out of giving people a hard time and made sure to do so as often as possible.

The last few years of Mike's life he had many health issues due to his diabetes and a 4-wheeler accident, a year ago, which greatly affected his lifestyle. He moved back to Southern Idaho to be closer to his family and spend more time with them. The last 6 months of his life were spent with his daughter, Britani, and two grandkids, Rhylen and Braelyn, in Nampa, Idaho.  This was a very happy time in his life, being with Britani and being a Papa to his grandkids.

He is survived by his children, Britani Robinson of Nampa, ID and Ryan Robinson of Norwich, CT; two grandchildren, Rhylen and Braelyn, of Nampa, ID; his three sisters, Carla (Jack) Riley, Richfield, Idaho; Cathy (Jock) Brown, Bellevue, Idaho; and Holly (Harold) Cook, Dietrich, Idaho. He also leaves behind many nieces and nephews as well as his beloved, loyal companion, Bear, his dog.

Mike was preceded in death by his parents, Carl and Carol Robinson.

The family would like to thank a dear friend of Mike's, Brad Johnston of Hammett, Idaho. He was a true friend, always there for Mike even during the difficult times of his life.

Memories and condolences may be shared with the family on Mike’s memorial webpage at www.farnsworthmortuary.com.

To order memorial trees or send flowers to the family in memory of Carl "Mike" Robinson, please visit our flower store.