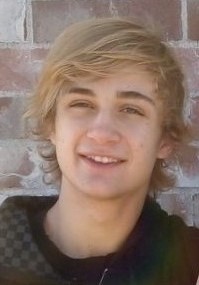 Chanz Jordan “CJ” Nuzio was born July 13, 2004 in Twin Falls, Idaho to Michelle Nuzio. He received his GED in less than a month at ISU in Pocatello, Idaho. On November 9, 2020, he was accepted into Job Corps, he was to start in April of this year, and then planned on attending CSI for auto mechanics, in his hometown of Twin Falls, where he grew up.

On August 22, 2019, he and his friend, Morgan Mullinix, saved the life of Tammy Tawney, when she had a heart attack and they performed CPR while being instructed by 911 over the phone.

Chanz was so full of life. He loved to skateboard and do tricks. He spent hours and hours at Jumptime with Alex and playing Roblox. His favorite thing was back flips, whether on the trampoline, on the ground, or off the car. He enjoyed video games with his friends, listening to music with his brothers, making slime with his sisters, watching movies, and laying around with his family.

He enjoyed helping Chance at skateboarding but hated helping Marvin out on the farm moving pipe. If it were something he didn’t want to do, you could forget it!

Chanz had a bond to all, but he had a special bond with his brothers, Chance and Cayden Gartner.

Chanz loved so many and was loved by so many more. He had an energy that even just one encounter with him, you would remember him for a lifetime.

CJ is survived by his mother, Michelle Nuzio; sisters, Mikayla, Shandrea, and Jennifer; grandmother, Kim; Uncle Jeremy; mother and father, Mary Jo and Marvin Gartner; and siblings: Heather, Heath, Holli, Hoby, Troy, Kelsie, Bailey, and Brandon and all of their families; and Chance, Cayden, Alex, and Emily. He is also survived by a ton more of family and friends that are just too numerous to list. He loved you ALL!

Memorial donations may be made to the GoFundMe account to assist family with financial needs, at the following link: https://gofund.me/6ce9a0cb

Memories and condolences may be shared with the family on CJ’s memorial webpage at www.farnsworthmortuary.com.

To order memorial trees or send flowers to the family in memory of Chanz "CJ" Nuzio, please visit our flower store.