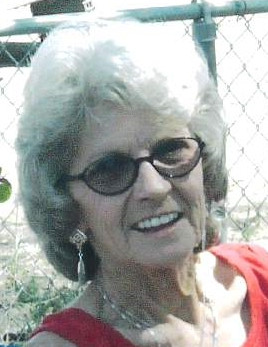 She was the fifth child of Arthur and Irene Farris Pebley. She grew up in California and later moved to Colorado.

She married Melvin Mead in 1959 and had their daughter, Jackie. They later divorced.

Diane met and married Victor Meyers in 1973 in Jerome. They added their son, Kevin, to their family of four girls.

Diane was a waitress and restaurant manager in Gooding and Nampa, Idaho. She was the bookkeeper for the family trucking business. She later moved back to Jerome where she retired from bookkeeping. She was a die-hard Raiders fan and loved collecting Coca Cola memorabilia.

She was preceded in death by her parents; her husband, Victor of 49 years; a brother; and three sisters.

We would like to thank Hospice Visions for their excellent care for our mom with a special appreciation to her team, Jean, Tanya, Alice and Vilinda. Their kind, thoughtful care for her went above and beyond and made her final days a little brighter.

A joint memorial service will be held at 11:00 a.m., Saturday, June 18, 2022, at Farnsworth Mortuary, 1343 South Lincoln, Jerome. The family will visit with friends and relatives an hour prior to the service.

Memories and condolences may be shared with the family on Diane’s memorial webpage at www.farnsworthmortuary.com.

To order memorial trees or send flowers to the family in memory of Diane Meyers, please visit our flower store.