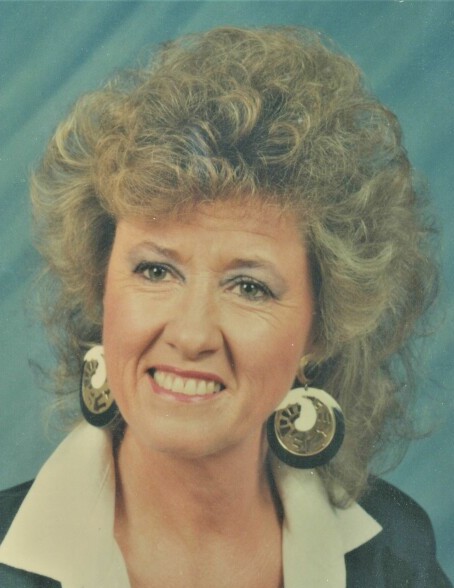 Donya Mae Jones Brown-Barnes entered into the arms of her Savior on April 6, 2022, at home and surrounded by her family.  She was born to Jesse Gilbert Jones and Goldie LoRee Jones (nee Williamson) on July 18, 1939 in Twin Falls, Idaho. The middle of three children, she had an older brother, Bobby Zane, and a younger brother, Jesse Edwin “Jack” Jones. Donya grew up working on her dad’s farm, milking cows, planting crops and learning the value of hard work. She was an accomplished student, attending Moroa Elementary, Central Middle School, and Filer High School. Active in her school activities, she became homecoming queen her senior year. After her graduation in 1957, Donya attended nursing school in Boise, Idaho; inspired by her fervent love for people.

She met Larry Dee Brown in 1958 and they married three weeks later. The couple later moved to Wilbur, Oregon where all four of their children were born: Randy Lete (1959), Shawnna LaRee (1961), Scott Dee (1962), and Ricky Shea (1965). While her adulthood was often marred with hardship, Donya’s home was always open to those who were hurting, isolated, or in need. She raised her children with little help and was a second mom to countless others.

Donya married Richard Theodore Barnes “Rick” on Valentine’s Day in 1988, becoming a stepmom to his two children, Robert Jay and Wendy Barnes. Rick and Donya had many adventures to Arizona and Texas but eventually settled in Jerome, Idaho. They enjoyed 34 years of marriage while raising daughters, Morgan Dee Meyer (1998) and Hailey Lynn Trujillo (2008).

Rick and Donya’s home became a certified family home, where they cared for those that needed it most. Donya had an incredible music career. She played everywhere from a high school dance to the Grand Ole Opry, writing and performing her original songs. She once opened for the Beach Boys, declining to party with them afterwards stating, “It wouldn’t be professional.” She was an amazing grandmother to her seven grandchildren and nine great-grandchildren. Donya was a true beauty, inside and out and her ardent love for everybody she met will leave a legacy for years to come.

She was preceded in death by her parents, Jesse and Goldie Jones; her son, Randy Brown; her brother, Bobby Jones; and step son, Robert Barnes. She is survived by her husband, Rick Barnes; her children, Shawnna Keating (Rich), Scott Brown (Connie), Rick Brown (Tammy), Morgan Meyer (Josh Luna), and Hailey Trujillo; stepdaughter, Wendy Wallace; as well as her grandchildren and great grandchildren.

Memories and condolences may be shared with the family on Donya’s memorial webpage at www.farnsworthmortuary.com.

To order memorial trees or send flowers to the family in memory of Donya Brown-Barnes, please visit our flower store.