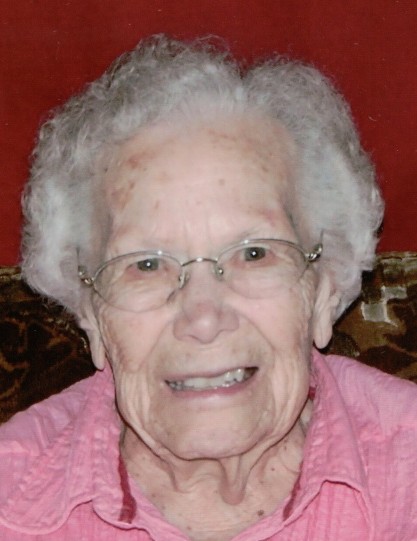 As a child, she attended school thru the 8th grade at the Manard School, where she often rode her horse to school. She graduated from Camas County High School. Following high school, she attended a beauty school in Ogden Utah. After graduating from beauty school, she worked briefly for a beauty shop in Ogden before returning to Idaho where she obtained an Idaho license and opened her own beauty shop in Buhl.

In 1940, she met and dated Gail Williams from Jerome. Gail was drafted into the Army in early 1941 for a one-year commitment. After the attack on Pearl Harbor, it was evident that he was in for the duration, so Emily closed her beauty shop and took the bus to Tacoma, WA where she and Gail were married by the Chaplain of the Church of Jesus Christ of Latter-day Saints at Fort Lewis. After Gail was shipped out to the South Pacific, Emily returned to Fairfield where their first son was born. Following Gail’s discharge in 1945, they were sealed in the Salt Lake Temple.

Following the war, Emily and Gail took up farming and in 1946, they took over Gail’s dad’s farm southwest of Jerome where she lived until about 6 years ago when her daughter, Mavis, took her to live with her in Twin Falls.

Emily was active in the Church of Jesus Christ of Latter-day Saints, and served many years in Primary, and the Relief Society in the church. She loved music and sang in the ward choir well into her 90’s. She also sang for several years in a community women’s chorus.

Emily always had a large garden and canned vegetables and fruit for her family. She was known for her delicious jams and jellies. She was also an accomplished seamstress and when her children were small, she made a lot of their clothes. Later in life she made quilts for many of her grandchildren. She also did embroidery and many of her descendants are recipients of her little projects.  She was making these items well into her 101st year.

A viewing will be held from 6:00 pm until 8:00 pm, Monday, December 27, 2021 at Farnsworth Mortuary, 1343 S Lincoln Ave, Jerome. Funeral service will be held at 11:00 am, with a viewing beginning at 10:00 am, Tuesday, December 28, 2021, at the Church of Jesus Christ of Latter-day Saints, Jerome Stake Center, 26 N Tiger Dr, Jerome. The service will be Livestreamed on the Farnsworth Mortuary Facebook Page. Grave dedication will conclude at Jerome Cemetery.

We want to give special thanks to Hospice Visions for their support.

Memories and condolences may be shared with the family on Emily’s memorial webpage at www.farnsworthmortuary.com.

To order memorial trees or send flowers to the family in memory of Emily Williams, please visit our flower store.