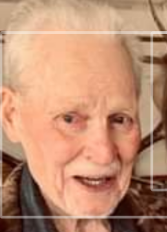 Fred was born September 30, 1933 to Helen Lenore Metzger in Sweet, Idaho. He was the eldest of 5 siblings, Dixie (Legg) Ford, Duane Legg, Jeris Colleen (Legg) Pierson and Elden Lancaster.
He left us, quietly in his sleep, January 6, 2021.

He was a great lover of the land and loved to share his passion and knowledge of all it has to offer with the generations following him. Including, but not limited to motorcycling, hunting, boating, fishing, and camping.  He excelled at these and in most things that he did.

He and Ada were well known for their dancing abilities, rarely sitting one out and were a lot of fun to watch, often clearing the dance floor when "Mr. Bojangles" was played. Through the years he was a part of several bowling leagues and won many trophies and awards.

Fred was very creative/artistic and after working for Boeing and a few companies as a truck driver he went back to school and became a welder. Soon going to work at K&T Steel. He worked there for over 25 years before finally retiring.

Even after retiring, he was never one to be idle.  He was always in motion tinkering, building, or fixing something, if not for himself then for others. He had a need to take care of those that he loved, offering help without hesitation.

He was a loving Father, Son, Brother, Grandpa, Papa Fred, Partner, and Friend. He made
all of our lives better and we will forever miss him.

He is survived by, the love of his life, Ada Mobley; his sister, Jeris Pierson; sons, Michael
Starr and Clay Starr; and daughter, Avis Starr-Grob; as well as his canine companion, Dutch; many grand, great, and great great grandchildren, nieces, nephews, extended family and friends.
He was preceded in death by his mother, Helen Lancaster; stepfather, Gene Lancaster; his brothers, Duane Legg and Elden Lancaster; as well as his sister, Dixie Ford.

The family of Fred Starr would like all those that knew him to please share a memory that means something to you about/with him at www.farnsworthmortuary.com. His life had so many worlds in it and we would love to know as many of them as possible.

To order memorial trees or send flowers to the family in memory of Frederick Starr, please visit our flower store.