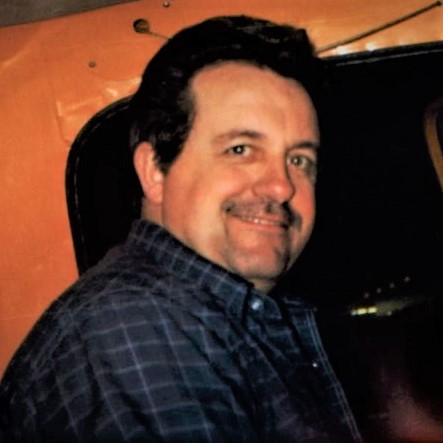 From an early age Paul worked alongside his father; picking up milk from the farms and delivering it to the dairy. Paul later graduated from Box Elder High School. As a young man he joined the United States Air Force serving in Florida and Alaska.  After leaving the service Paul went on to become a truck driver.  Safely driving millions of miles on America’s highways.

Paul married the love of his life, Billie Kay on July 17th, 1970 in the Logan Temple.  They had five sons and seven grandchildren who all thought the world of Paul.

Paul is remembered as the man who could always find the time to wrestle and play with his boys.  Never too tired to serve as the bucking bronco that would send young boys flying across the living room.  Paul has never met a stranger.  He could start a conversation with anyone, and it would eventually lead to him talking about his pride in his boys.

The family would like to extend many thanks to his friends and neighbors for all their love and friendship, and most of all their support.

Paul was preceded in death by his parents and his brother Ron. He is survived by his loving wife Billie Kay, Children Kevin (Charlene), Kyle (Joy), Kraig (Wendy), Trevor and Joseph (Lacey), seven grandchildren Nathaniel, Brett, Courtney, Britney, Kaitlyn, Kayden and Lily Mae. He is also survived by his brother Dan and sisters Karen and Betty.

In lieu of flowers the family has asked that donations be made to help the family. Donations may be made to Farnsworth Mortuary, 1343 South Lincoln, Jerome, Idaho 83338.

Memories and condolences may be shared with the family on Paul’s memorial webpage at www.farnsworthmortuary.com.

LIFE ISN’T ABOUT THE DESTINATION, IT’S ABOUT THE JOURNEY.

To order memorial trees or send flowers to the family in memory of Henry Paul Cutler, please visit our flower store.

The Church of Jesus Christ of Latter-day Saints- Harrison