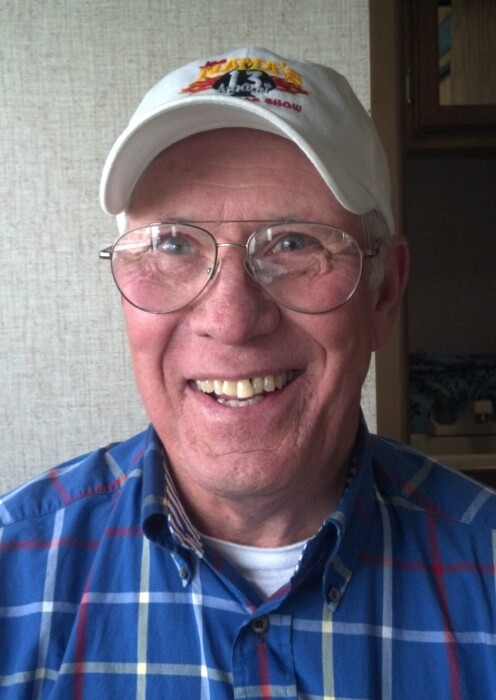 Herb was born in Lamesa, Texas to Thelma and Herbert Herman McCully.  He was the oldest of 4 boys.  He grew up in the Fort Worth area and attended school until the 8th grade.  He pretty much ‘grew up’ in the local Boys Club where he played sports and gained a lifelong friend, Tom Mason, that he affectionately referred to as his brother.  He left Texas at age 18 and joined the Navy.  He was stationed at the Naval Air Station at North Island, San Diego.  While in the Navy, he received his GED and worked as an Aviation Mechanic for a little over 4 years.

In September of 1962, shortly after joining the Navy, he met the love of his life, Verdella “Margaret” Burgdorf.  They met in a pasture while Margaret was caring for a horse.  His initial marriage proposal was 2 weeks later, she declined, and he replied, ‘that’s ok, I’ll wait.  I always get what I want’.  Six months later, they ‘ran away’ to get married after waking a pastor up at 2 am under the ruse that he was being deployed the following day!  They had two children and enjoyed 57 years of marriage. He could often be heard saying ‘Yes Verdella’ and completing whatever he was told to do!

After the Navy, Herb continued his education at Mount San Antonio College where he received an Associate’s Degree in MFG Engineering.  He also attended Cal Poly Pomona for 3 ½ years in MFG Engineering.  He worked for various manufacturing companies while in California.  He had a ‘59 Corvette which he drag raced and various other old cars that he worked on.  He enjoyed trap shooting and fast cars.

Herb and Margaret moved to Jerome, Idaho in 1977.  He worked for CSI as the assistant physical plant director for 13 years.  He then opened his own business, McCully’s Trailer Restoration, where he restored, repaired and built trailers for 25 years.  They enjoyed chariot racing and horse racing for several years.  Later in life they bought a ‘55 Chevy Bel Air which he enjoyed driving and showing off.  In 2015 he and his son Tom restored a ‘56 Chevy Bel Air wagon which was precious time spent before his Alzheimer’s started getting bad.

Herb always had a smile and loved his children, grandchildren, horses and pets.  He was always in attendance of his grandchildren’s activities and he was their biggest fan!

Taking care of someone with Alzheimer’s is not an easy task and one that Margaret and family did very well, keeping him at home for the entire time.  The last 8 months of help from Hospice Visions is something we are grateful and thankful for.  His caregivers and nurses are truly kind and blessed people.

There will be no funeral, a private celebration of life will be held with family later in August.  Kind words or cards can be sent to Farnsworth Mortuary or to the family.

Memories and condolences may also be shared with the family on Herb’s memorial webpage at www.farnsworthmortuary.com.

To order memorial trees or send flowers to the family in memory of Herbert McCully, please visit our flower store.