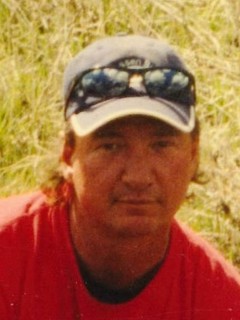 Jerome - Despite a life of crazy stunts, and daring antics, Jacky Lee Johnson, 59, of Jerome, passed away suddenly Saturday, March 24, 2018, on a regular day, at work. Born July 6, 1958 in Jerome, Idaho, Jack’s parents, Dess R. Johnson and Bernice Reece Johnson, had no idea what they were in for. Jack was raised and schooled in Jerome, Idaho raising hell from day one. Growing up he loved riding his motorcycle, and working alongside his dad in construction. Finishing his school career with a ride on his motorcycle through the school was one of the many legacies he left at Jerome High for his sons to atone for.

Jack’s hobbies, starting with motorcycle stunts at a young age, included hunting, fishing, horseback and Harley rides. He spent a lot of time four-wheeling, going to the cabin, shooting, and spending time outdoors. He loved being “Grandpa Jack” and was proud of his kids. Jack may have been, “Crazier than a pet rock chuck”, but he wholeheartedly enjoyed all things in life surrounded by friends and cold beer.

If there is one thing Jack loved as much as playing, it was his work. Trained in construction at a young age by his father Dess, Jack was a hard working man. While his boys were young he started a custom hay business where he worked with the two of them by his side. He later became a mechanic, and finished his career with his lifelong dream of owning and operating his own business, Jack’s Excavating.

A lthough he survived more crazy adventures than many thought he would, all are shocked and saddened by losing him too soon. The memories of his kindness, his wild Indian yell, his helping hands, or his knee slides across the Elk’s gym floor will have to suffice until we meet again for a ride on the other side. I’ll drive Jack, you be sure to pack the cooler.

A viewing will be held from 6:00 pm until 8:00 pm, Friday, March 30, 2018 at Farnsworth Mortuary, 1343 S Lincoln Ave, Jerome. Funeral services will be held at 11:00 am, Saturday, March 31, 2018 at Life Church of Magic Valley, 425 E Nez Perce Ave, Jerome. Graveside services will conclude at Jerome Cemetery. A Celebration of Life will follow at the Snake River Elk's Lodge, 412 E 200 S, Jerome. The family will provide a main course and requests friends to bring a side dish to be shared.

Memories and condolences may be shared with the family on Jack's memorial webpage at www.farnsworthmortuary.com .

To order memorial trees or send flowers to the family in memory of Jack Johnson, please visit our flower store.

Life Church of the Magic Valley