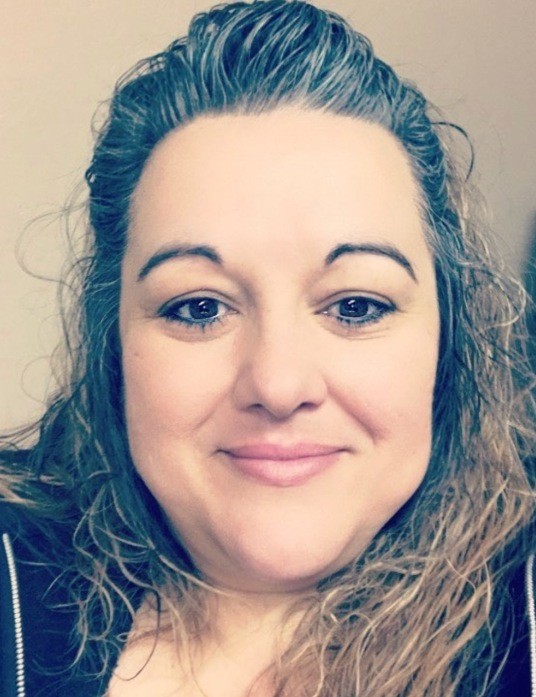 Our beautiful Jamie Joanna Womack entered this world on January 23, 1972 and left on October 8, 2021 with a few of her closest loved ones by her side. Jamie was born in Aurora, Colorado January 23, 1972. She was born at Fitsimmons Army Hospital, while her father Charlie was stationed at Lowry Air Force Base and lived with her mother, Brenda.

Jamie and the family were well traveled as they grew up. About the time Jamie and her siblings, Katrina and Nicholas, were in their later adolescent years they found themselves finishing school and making friends in California. She graduated at the top of her class from Perris Union High School.

Shortly after graduating she gave birth to her oldest son, Aaron. As they grew up together, Jamie worked proactively towards multiple associates degrees, participated in adult recreational sports, and later became one of her son’s biggest supporters as he participated in sports as well. Around April of the year 2000 she brought another wonderful human being onto this earth and named him Matt. As a single mother to two boys, she always worked hard to support them and provide for them. Jamie and her youngest son, Matt, shared some common hobbies together such as board and card games. She also enjoyed reading books, sewing quilts, and spending time with family members at social events. In more recent years Jamie has been blessed with one grandchild, Ezra, who loved her Grandma Jamie, as the two spent time together supporting Ezra’s father, Aaron, during sporting events and summer BBQ's.

A Celebration of Life will be held at 2:00 pm, Saturday, October 23, 2021 at El Sombrero Banquet Hall, 143 W Main St, Jerome, Idaho. All are welcome to join us to celebrate Jamie. Lunch will be provided.

Memories and condolences may be shared with the family on Jamie’s memorial webpage at www.farnsworthmortuary.com.

To order memorial trees or send flowers to the family in memory of Jamie Womack, please visit our flower store.