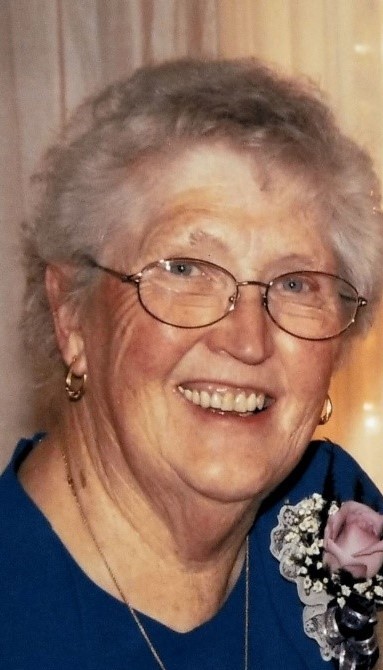 Jane Caroline Borup Amoureux went to join her husband, Robert Lee Amoureux, in Heaven on September 24, 2020 at 90 years old. She was born to Myrtle Stewart and Peter Philip Borup on May 31, 1930 at home in Paul, ID. She was the last child and only girl. She loved her family with all her heart and was an inspiration and example of how a person should live. Jane went to school in Paul, Idaho and graduated. She then went on to attend LDS Business College.

She worked as a secretary for Kings Department Store and Jerome Soil Conservation district but the last job she held was one that meant the most to her.  She was an aide in the Special Education Class at Central Elementary where she was able to take the kids to the Special Olympics.

She was preceded in death by her parents, her husband, and a grandson, Robert Theron Amoureux. She was also the last surviving sibling. Her brothers were Carl Borup, Theron Borup, Phil Borup, Don Borup, and Neil Borup.

Jane started her grand adventures shortly after her marriage to Robert. They started off living in Washington where Robert became injured on the job. While he was still in the hospital their first child, Robert Louis, was born. They then lived in Logan, Provo, Boise, Payette, and Falls Church, VA where she worked in Washington D.C. as a secretary. From there they traveled to Europe and visited London and the Bern Switzerland. Next place on her adventures was Lahore, West Pakistan. She also had the chance to visit India while living in Pakistan. From there she went home by way of Hawaii. Home after Hawaii was Payette, then Pocatello, and finally Jerome where she lived from the Fall of 1970 to January of 2018. Her final residence was Canyons Retirement Home. Bob and Jane have visited many more places around the Americas. One of the places that meant a lot to her was the time she spent on her mission with Bob in Long Island, New York, and Puerto Rico. She loved the missionary work they did and the people.

Jane always had time for her children and grand children and visited them frequently. She was an active member of Kiwanis and supported her husband when he became Governor of Kiwanis of the Utah-Idaho District. She is a woman that the world will surely miss.

A viewing will be held at 10:00 am, Tuesday, September 29, 2020 at the Church of Jesus Christ of Latter-day Saints, Jerome Stake Center, 100 East 26 North Tiger Drive, Jerome, Idaho.  A funeral will follow at 11:00 am with a graveside dedication concluding at the Jerome Cemetery.

In lieu of flowers the family would appreciate donations to the Kiwanis’ Eliminate Tetanus Project at Campaign@TheEliminateProject.org.

Memories and condolences may be shared with the family on Jane’s memorial webpage at www.farnsworthmortuary.com.

To order memorial trees or send flowers to the family in memory of Jane Amoureux, please visit our flower store.