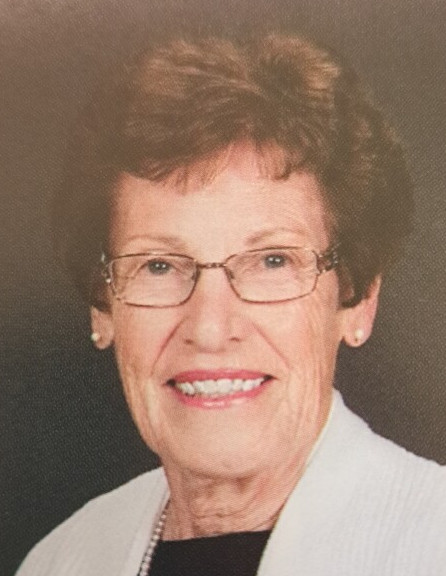 Jean Ellen (Kistler) Hollifield passed away peacefully at her home on August 27, 2022. Jean was born at the farmhouse of Albert and Delma (Letner) Kistler during a raging blizzard in Red Cloud, Nebraska on the night of February 3, 1932. Times were tough, as it was during the great depression. The family decided to move to Idaho to find a better life, eventually settling in Filer.

Jean started school at the age of five and walked two miles to school with her sister, Ermina, every day. She loved learning and continued her education at Filer High School where she played the clarinet in the marching and pep bands and sang in the choir. Jean loved music! Jean went on to attend college at Twin Falls Business College and later the Southern Idaho College of Education in Albion.

Jean married Gordon Hollifield on June 17, 1953. After they were wed, the couple moved to San Diego where Gordon was in the Navy. When Gordon was discharged, they moved to the family farm in Jerome, Idaho and began their lives as farmers. Jean and Gordon were married for 52 years before Gordon passed away in 2005. Their family grew with the addition of three children, Karla, KayLynne, and James Gordon “Jim”.

Jean began working at Idaho First National Bank when the bank moved to Jerome and worked there for nearly twenty years. She enjoyed watching new businesses start up and become successful and enjoyed working with young farmers and watching them progress. She retired from the bank in 1991. Jean was also a very active member of the community. She loved volunteering with St. Benedict's Hospital Auxiliary, judging at the county fair, and participating in events with First Presbyterian Church of Jerome. She volunteered with and donated to multiple children’s charities and was a great supporter of the MV Junior Golf Association and the Jerome High School Booster Club.

The family would like to thank the staff at St. Benedict’s and Visions Hospice for their compassionate and attentive care.

In lieu of flowers, please donate to a charity of your choice in Jean’s name.

Memories and condolences may be shared with the family on Jean’s memorial webpage at www.farnsworthmortuary.com.

To order memorial trees or send flowers to the family in memory of Jean Hollifield, please visit our flower store.