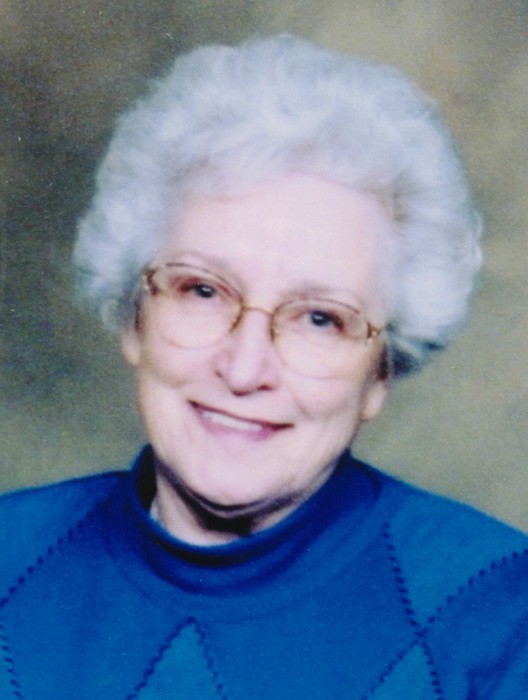 Ellen Jeanne Sund, 93, passed peacefully surrounded by her family on October 12, 2018. Jeanne was born in Springfield, Missouri on May 22, 1925 to Bessie Winchester Rose and Joseph Harvey Rose. She was the middle of five children: Myrtle, Beulah, Jeanne, June and Joe.

When Jeanne was 11 the family moved from Missouri to Twin Falls.  She was a graduate of the Twin Falls Class of 1942.  She was a member of the First Christian Church where she taught Sunday School for several years. Jeanne had two children, Deanna and James. Jeanne retired from Gem Equipment in Twin Falls.

Jeanne had many interests and talents. She never had a music lesson, but she was gifted with the ability to play multiple musical instruments. She didn’t read music but could play any song by ear. She was an artist and she liked to paint scenes, still life and portraits. She enjoyed cooking, camping, fishing, games and she was always up for a card game of Pinochle. She was a voracious reader usually having a stack of library books by her chair. She enjoyed taking the grandkids to the library to foster her love of reading. She was one of the original members of a women’s birthday club. Over the span of 50 years, they met monthly becoming life-long friends. She was the last of the original members.

Her grandkids were her greatest joy in life. She spent hours playing games with them and telling stories. She was the most loyal fan to attend ball games of her children, grandchildren and great grandchildren. She had a special bond with each of them. She encouraged them to “have fun.”

She had the best sense of humor and quick wit.  Even as her memory diminished, her humor and quick wit remained. Friends and family will remember her as being fun. Mom truly was a joy. She exemplified what it was to be the best Mother and Grandmother.

Jeanne was preceded in death by her parents; her sisters, Myrtle and Beulah; and her companion of many years, “Pops” Bill Kestler.

The family would like to acknowledge the staff of Chardonnay Assisted Living and St. Luke’s Hospice for their assistance in her care.

At her request, there will be no public service. For those wanting to offer a memorial in her name, the family suggests donations to the Twin Falls Animal Shelter or Alzheimer’s Association.

Memories and condolences may be shared with the family on Jeanne’s memorial webpage at www.farnsworthmortuary.com.

To order memorial trees or send flowers to the family in memory of Jeanne Sund, please visit our flower store.

No services to be held