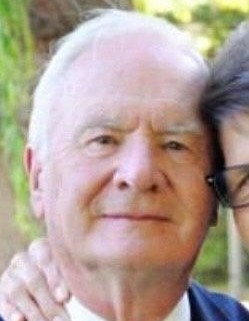 Jerry Ennis Martin passed away of natural causes at the age of 88 on February 15, 2022 at the Creekside Care Facility in Jerome, Idaho.  Jerry was born on May 20, 1933 in Blackfoot, Idaho to Ennis Berkley Martin and Dorothy Lou Peterson. He graduated from the McCammon High School in McCammon, Idaho in 1950.  He was in the 45th Army band with the National Guardsman in Pocatello, Idaho.  Jerry and Martha Joan Obray’s marriage was solemnized in the Idaho Falls temple on July 26, 1954.

Jerry worked for many years in the banking industry and moved up to being a Vice President of the Farmers National Bank in Wendell, Idaho.

His first love was music.  He played in several bands, playing the trumpet and the saxophone. He also loved to snow ski and to go riding on his motorcycle.  With Martha, he enjoyed dancing, gardening and landscaping.

From 1999 to 2000, Jerry and his wife, Martha served an ASL mission for the Church of Jesus Christ of the Latter-day Saints in Washington, D.C. They also served for several years at the Twin Falls temple.

Jerry was preceded in death by his wife, Martha, to whom he was married to for 66 years; his parents and his three brothers, Lee, Von and Lyle Martin.

There will not be any funeral service at this time. A memorial service is to be determined in the near future.

To order memorial trees or send flowers to the family in memory of Jerry Martin, please visit our flower store.