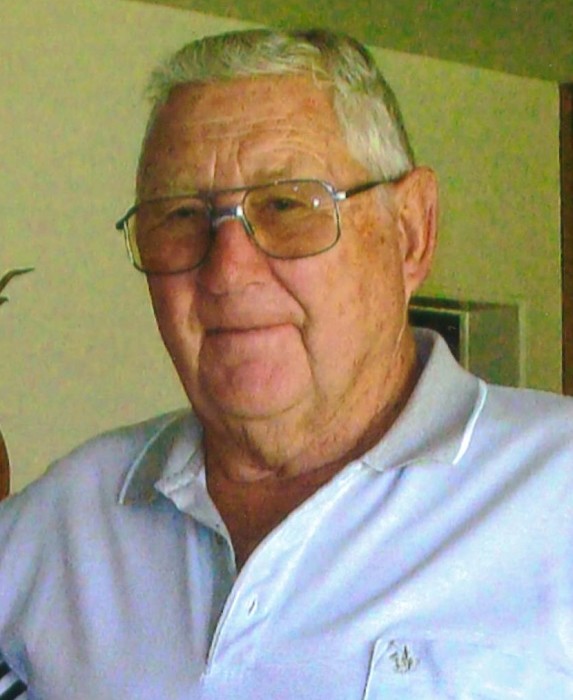 In 1954, Jim married Barbara Thaemert at Twin Falls, Idaho. He was drafted into the Army in 1954 and served until 1956. He and Barbara spent his two-year tour in Fairbanks, Alaska.

Jim was the Manager for Safeway grocery stores in Weiser, Mountain Home, then back to Jerome in 1969 until his retirement.

In 1997, he helped Ed and Sharon Peterson bring life to the 93 Golf Ranch. He enjoyed playing golf with all his old golfing buddies on the great course it has become. He also enjoyed bowling for many years, as well as traveling. He and Barbara traveled all the US and Canada and went on several cruises. Jim and Barbara celebrated their 65th Wedding Anniversary February 5, 2019 with their two sons and many great friends in Wellton, Arizona. This was their 29th winter in Arizona.

Jim was a member of the Lutheran faith. He belonged to the Elks Club, Rotary, Chamber of Commerce, and the local School Board.

He was preceded in death by his parents; one brother; two sisters; and daughter-in-law, Julie.

The family wishes to extend a special thank you to Dr. Irwin, Lori, and all the caring nurses and staff at St. Luke’s Jerome, for the few days he was there.

Memories and condolences may be shared with the family on Jim’s memorial webpage at www.farnsworthmortuary.com.

To order memorial trees or send flowers to the family in memory of Jim Keith, please visit our flower store.

Gathering of Family and Friends