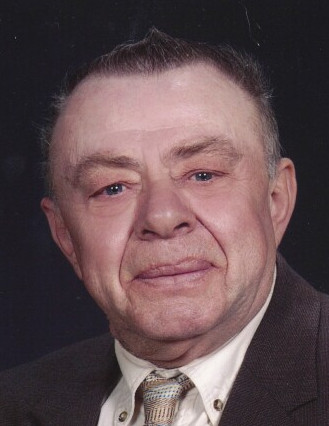 Joe Faial 83 of Jerome, Idaho went to his forever home that we all call Heaven on August 26, 2022 at Serenity in Twin Falls. Joe was born in Ribeira Seca Calheta, San Jorge, Acores on March 6, 1939 to Jose Silveira and Maria Sao Joao Faial. Joe lived in the Acores for 17 years then moved to the United States and became a citizen. He lived in Half Moon Bay, California where he worked in a flower nursery and also some dairies always doing and keeping himself busy to help his parents.

Later he met the love of his life. He LOVED to yell out for her while he was doing something and he couldn’t see where she was and her name is ALiCE :). They were married on May 5, 1971. On March 16, 1972 at 6:27 pm (he always would remind Fernanda on her birthday and say happy birthday at that time, not before or after) they welcomed his very own special little girl, born 10 days after his own birthday and named her Fernanda, named after his little brother that passed away while Alice was pregnant. Joe then, with his little family of 3, moved to Southern California in 1976 and began to build their life in the sunny weather. He once again went to work on a dairy and milked cows for over 30 years and when that chapter was over he went to do his 2nd hobby which was to be a gardener at Harvey Mudd College in Claremont, California where he then retired. In 2003 Joe and his wife Alice moved to Jerome, Idaho so they could be closer to their daughter and grandkids.

Joe loved to fish, gardening and take long walks with his dogs. He also loved Roller Derby back in his younger days and even was on a team the San Francisco Bombers. He had a passion for his Portuguese music and he would listen to it on his reel to reel players. He would be in his music room for hours. He loved teaching his grandkids to do things outside and that hard work always pays off, maybe not always in money but in your heart and in your background and ethics. His three favorite shows were Wheel of Fortune (he loved watching Vanna White), The Price is Right and Westerns. He enjoyed playing a Portuguese card game called Sueca.

To everyone that knew Joe they can say that he spoke his mind, was very LOUD and very stubborn but he had a heart of gold as big as the Grand Canyon, he would do anything to help anyone out if he could it would be done.

Joe was preceded in death by his parents; his two younger brothers; two sisters-in-law; and his father and mother in-law.

Memories and condolences may be shared with the family on Joe’s memorial webpage at www.farnsworthmortuary.com.

To order memorial trees or send flowers to the family in memory of Joseph "Joe" Faial, please visit our flower store.