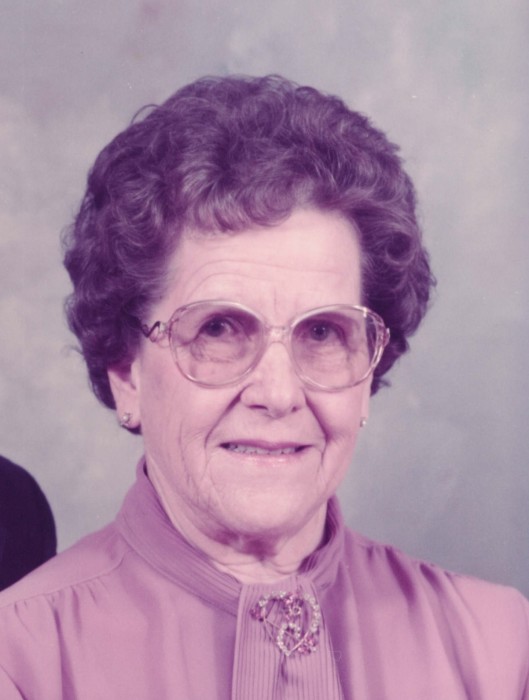 Lallah was born August 10, 1916 in Jerome to Roscoe Callen and Margaret Emerson Callen. Lallah made the best of the Roaring 20's and remembers seeing the Wright Brothers and their plane in Boise and she also was able to attend the World's Fair in Chicago.

Lallah married Bill Harding on May 15, 1935 in Elko, Nevada. They would farm North West of Jerome for the rest of their working life. They had four children; Dorothy, WL, Maxine and Clara. Lallah worked as a mother and hired hand on the farm. The family remembers well when indoor plumbing and electricity arrived on the farm. As a member of the Syringa Club, a ladies group, Lallah enjoyed the time with neighbors playing cards and catching up on the news of the day. The family also said that if anyone ever stopped by, they never left hungry. Lallah always had food prepared and all were always welcome. After retirement, Bill and Lallah bought a mobile home and traveled throughout the United States, they enjoyed many trips. Bill passed away in Jerome in December of 1992. Lallah stayed on the farm till 1998, then moved into Jerome and lived until 2012. She then moved to Lyons, Oregon to be close to her daughter, Clara.

Lallah was preceded in death by her parents, husband and daughter, Maxine.

Memories and condolences may be shared with the family on Lallah's memorial webpage at www.farnsworthmortuary.com.

To order memorial trees or send flowers to the family in memory of Lallah Harding, please visit our flower store.