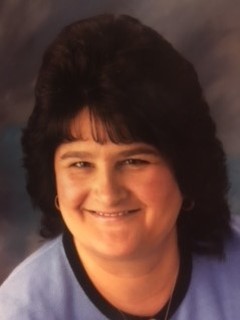 Laurie Carol (Farnworth) Larsen of Jerome, Idaho passed away Monday May 7, 2018 in her home. Laurie was born on January 6, 1964 in Salt Lake City, Utah to Rexene May Youngberg and Melvin Lloyd Farnworth. Laurie spent her early childhood in Woods Cross, Utah and then later moved to Shoshone, Idaho where she attended and graduated from Shoshone High School.

Laurie worked for Shopko in Twin Falls, Idaho in their customer service department and cash office for 12 years. She then worked for DL Evans Bank in Jerome for approximately 17 years until her life took a turn and she had to leave due to illness.

Laurie was married on January 28, 1984 in Shoshone, Idaho to Dean Larsen and remained in this union until her death. They had one child, Krysten Nicole Thacker, born in 1990. Laurie was an active member of the Church of Jesus Christ of Latter-day Saints. She was also a member of the Kiwanis International in Jerome.

Laurie enjoyed various crafts such as knitting, cross stitching, and adult coloring books. She enjoyed spending time with her daughter and grandchildren. They were one of her greatest joys in life.

Laurie was preceded in death by her parents, Melvin Lloyd Farnworth and Rexene May Youngberg. She is survived by her husband, Dean Larsen; daughter, Krysten (Nikki & Bostin) Thacker; her two grandchildren, Branson and Kansas Thacker all of Jerome, Idaho; as well as three sisters, Mary McGuire of Murray, Utah, Cherri (Bryce) Bingham of Jerome, Idaho and Christine (Marlon) Eng of Moscow, Idaho; and two brothers, Cory Farnworth of Shelly, Idaho and Brian Farnworth of Jerome, Idaho.

Memories and condolences may be shared with the family on Laurie’s memorial webpage at www.farnsworthmortuary.com.

To order memorial trees or send flowers to the family in memory of Laurie Larsen, please visit our flower store.