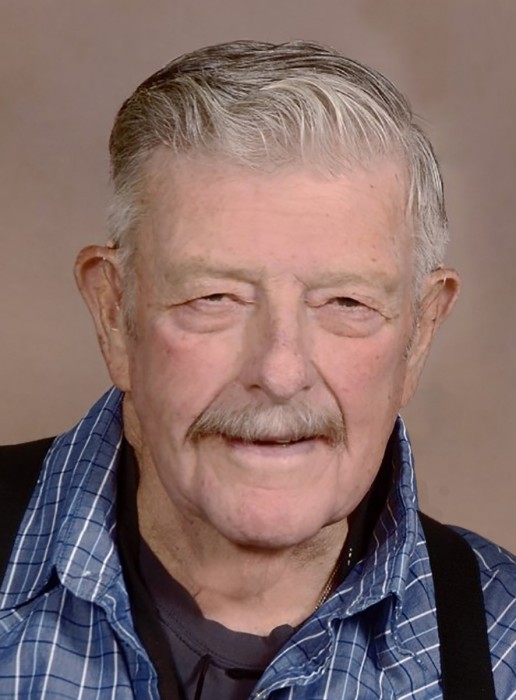 You should see what Lawrence built … During his 76 years on Earth, Lawrence Charles Vogel built roads, homes, furniture, children’s toys, a family, and a life.

Lawrence was born July 10, 1943, to Charles and Ada Vogel, in Custer, South Dakota, near Crazy Horse Memorial and Mount Rushmore, in his grandmother Wilhelm’s log cabin. As a child, he ventured into the Black Hills to explore, fish and hunt, lunching on wild berries.

At age 13, his family left Custer, living in eight different states and many different towns as his father followed work in road construction. Lawrence attended St. Gertrude Academy in Cottonwood, Idaho, and graduated from Minico High School in Rupert, in 1962.

Starting at 16, while going to school, he worked evenings and weekends at many odd jobs, including digging post holes for signs, tending sheep, cutting Christmas trees, carrying groceries, loading potatoes onto train cars, and stacking hay in the Camas Prairie and Magic Valley. After completing high school, he spent 9 years operating heavy equipment to build roads with the Peter Kiewit company.

While working in Northern Idaho, a friend from St. Gertrude Academy invited Lawrence to a family reunion picnic, where he met Donna Lee Ross from Cottonwood. The two were married in 1965 at the Catholic church in Ferdinand, by Donna’s uncle, Fr. Lyle Konen.

The couple settled in Jerome, where they could be near Lawrence’s family. There, Lawrence began a 35-year career with North Side Canal Company, overseeing erosion control of the canal systems in American Falls and Jackson Hole, Wyoming.

Donna and Lawrence built a family of 4 children: Duane, Loren, Christina and Aaron. And they opened their home to Donna’s brother, Eugene Ross.

Lawrence was a lifelong member of the Catholic Church and served with the Knights of Columbus.

As Lawrence wrote for his own obituary, he “loved the outdoors, camping, fishing, playing baseball, and woodworking, but most of all his wife, Donna, and family.” Lawrence will be greatly missed by Donna; sons, Duane and Aaron; daughter, Christina and her husband Bret Patterson; grandchildren, Charli and Abi; brother, Leon Vogel and his wife Mary and family; and many more. Lawrence was looking forward to seeing many friendly faces in heaven, including his son Loren; cousin and fishing buddy since childhood Ron Hyde; and his parents and grandparents.

Lawrence said it best: “I’ll be looking forward to seeing you all again!”

Memories and condolences may be shared with the family on Lawrence’s memorial webpage at www.farnsworthmortuary.com.

To order memorial trees or send flowers to the family in memory of Lawrence Vogel, please visit our flower store.