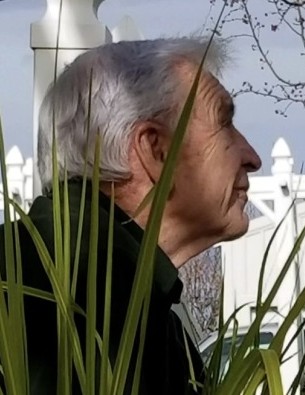 On September 3, 2021, Layne Kenneth Hall was lifted with amazing grace from the arms of his loving family to join his beloved wife, Bev, in eternal rest. Layne was born on January 2, 1938, to Herman and Rozann Hall. He and his brother, Hugh, were raised on the family farm north of Jerome.

On August 31, 1957, he married his high school sweetheart, Beverly Jane Kulm. They made their home in Jerome with their two children, Kelly Sonnichsen (Bob) and Clay Hall (Ruth). As a young man, Layne served in the Idaho National Guard, and was a volunteer fire fighter and paramedic. He was a member of the Jerome Masonic Lodge for 51 years and shared his Masonic heritage with his grandson and granddaughters.

Layne spent the majority of his working life at the Idaho Department of Transportation. There he had the opportunity to cultivate an appreciation for the wildflowers of Idaho. Layne and Bev shared their passion of flowers and brought their visions to fruition when they moved to the family farm in 2000. Their retirement days were filled with projects that created gardens, and places of peace and joy for them. In retirement Layne also discovered his love of wood working. While summer days were filled with garden projects, winter days were spent on wood working projects in his basement. Family members and friends have been blessed with Layne’s labors of love, including intricate bird feeders, Adirondack chairs and benches, and wood turnings of candle holders and lamps.  You knew you were in the “inner circle” if Layne and Bev gifted you their signature piece, a black walnut heart and cross with a handwritten note from Bev.

The family farm was the center of Layne’s life and Layne and Bev each spent their final days at home on the farm.  The family thanks Bruce and Raedene Kulm for their stewardship of the farm and appreciates their integrity and friendship. The family also thanks Susie Homan, Kellie Williams, and our Superheroes at St. Luke’s Hospice Care, especially Erin and Stephanie.

A private service will be held at the Jerome Cemetery.

Layne suggested that memorials be made to the Shriners Hospitals for Children. Instead of goodbye, Layne would tell those of us who loved him “behave but have fun.”

Memories and condolences may be shared with the family on Layne’s memorial webpage at www.farnsworthmortuary.com.

To order memorial trees or send flowers to the family in memory of Layne Hall, please visit our flower store.