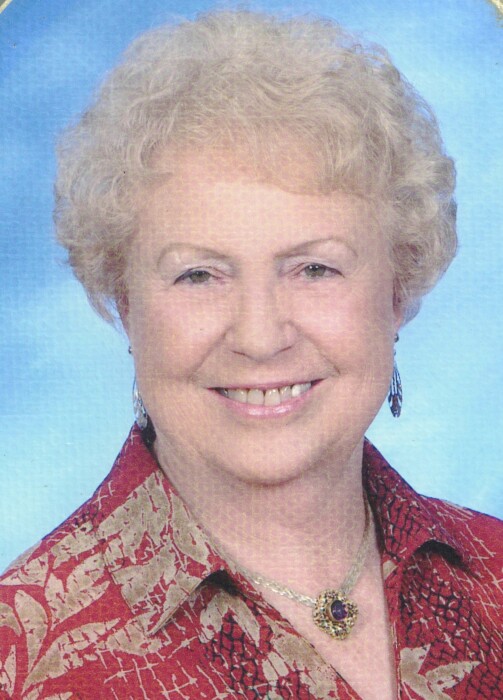 “I shall pass through this world but once. Any good therefore that I can do or any kindness that I can show to any human being, let me do it now. Let me not defer nor neglect it, for I shall not pass this way again.” – Stephen Grellet

Leatha J. Kulm left this earth, bound for Heaven, on August 13, 2021 surrounded by her family. Leatha was born in 1931 to Leland “Lee” and Lucy Quaintance in Barnum, Iowa. She joined the family as number five in the final line up of seven siblings. In 1935, her family moved briefly to Bushnell, Nebraska where she started kindergarten, but soon they returned to Milford, Iowa, where Leatha attended school.

In 1949, Leatha married Lynn Johnson. Leatha always spoke proudly of her job as a waitress/carhop at a local diner/drive-in where she and Lynn worked and resided for several years in Owatonna, Minnesota. In 1957, she and Lynn joined her parents in Kimberly, Idaho. Leatha spoke fondly of her opportunity to work as a waitress at the Rogerson Hotel and Restaurant where she met and served many customers. Lynn and Leatha were later divorced.

In 1962, she married Hubert “Red” Walker and moved to the farm in Jerome, Idaho. She and Red worked together to build a successful cattle business and farmed 200 acres of land. They lived and worked on the farm until Red’s death in 1978.

In 1985, she married Robert Kulm. Together, they invested in real estate and rental properties. She and Bob were able to retire together. They spent their winters in Arizona. They traveled to Australia, New Zealand, and Germany. They set sail on numerous cruises seeking adventure in many ports. They had many good friends with whom to share an abundance of good times.

Mom was a beautiful, smart, multi-talented soul with an entrepreneurial spirit. She was a skilled seamstress and homemaker who canned fruits and vegetables, a great cook, a farmer, she spent some time selling subscriptions for Northside News, she managed a restaurant at the Twin Falls Commission Company, she briefly owned the Moon Bar & Grill in Filer, and she started the Small World Daycare. Leatha also managed Toyland in the basement of the King’s store at the Lynwood for many years. She made many successful real estate investments and had a hand in numerous construction and remodeling projects. Every venture was a success. Mom was community minded and volunteered to serve in leadership roles for different civic organizations. I don’t think there was anything she couldn’t do if she put her mind to it.

Mom was kind, generous and vivacious; always willing to lend a helping hand. She was a “born again” Christian who put her faith in the Lord. She was a good daughter, sister, aunt, wife, mother, grandmother, and friend. All of her family and friends were important to her, and she cherished every moment with them.

She was preceded in death by her parents; six siblings: Leland, Laythol, Kenneth, LaDean, Ronnie, and Stanley; and great grandson, Colby J.

The family requests if family or friends are experiencing illness or compromise to please attend the service via the Farnsworth Mortuary Facebook Livestream.

To order memorial trees or send flowers to the family in memory of Leatha Kulm, please visit our flower store.