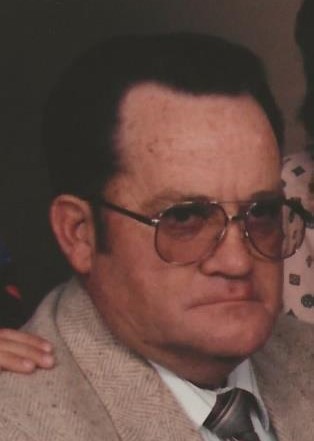 Lee Emerson of Jerome, Idaho, passed at age 83 at home on Wednesday, July 24, 2019. He was born in Red Rock, Oklahoma on November 26, 1935. His parents were George and Leona (Cooper) Emerson. He placed a high value on education. He received his GED and attended Bate’s Vocational Technical School in Tacoma, Washington.

He began working at a very young age and never stopped until his health no longer allowed it. Following are many of the jobs he held locally: Jerome hay mill; Maxi’s Pizza; cheese factory; was a cook in the National Guard Reserves; assistant produce manager at Safeway; delivery driver for Lucky Lager and Coors. In 1967 he moved to Tacoma, WA where he worked for: Boeing; he was self-employed doing carpentry and remodeling with his Uncle Charlie (and later independently); he did surveying and water shed management for Washington State; and lastly back in Idaho he worked for the State of Idaho Transportation Department.

He met his wife, Betty Warren, at the Orpheum Theater in Twin Falls. They were married on September 19, 1953, in Kimberly, Idaho.

Lee became a Mason while living in Tacoma, Washington. He loved fishing and hunting. He enjoyed country and some spiritual music. He had a beautiful voice. Reading was a constant, when at home, he was rarely seen without a book in his hand or nearby.

He was preceded in death by his parents, George and Leona Emerson; his sister and brother-in-law, Peggy and Warren Ward; and his son, Robert George Emerson. He is survived by his brother, Ronald (Michelle) Emerson of Jerome, Idaho; daughters: Deanna (Randy) Wood of Boise, ID; Karen (David) Griffith of Kennewick, Washington; and Sandra (Brad) Davidson of Jerome, Idaho. He has four grandchildren: Ryan Griffith of Tasmania, Australia; Stephanie (Dax) of Boise, Idaho; Jamie (Derrick) Whitmire of Kennewick, Washington; and Jill Lewis of Boise, Idaho. He has 6 great grandchildren, as well as many nieces and nephews.

In lieu of flowers, the family asks that memorial donations be made to: Williams Syndrome Association, 570 Kirts Blvd, Suite 223, Troy, MI 48084-4153, info@williams-syndrome.org, or a charity of your choice.

Memories and condolences may be shared with the family on Lee’s memorial webpage at www.farnsworthmortuary.com.

To order memorial trees or send flowers to the family in memory of Lee Emerson, please visit our flower store.