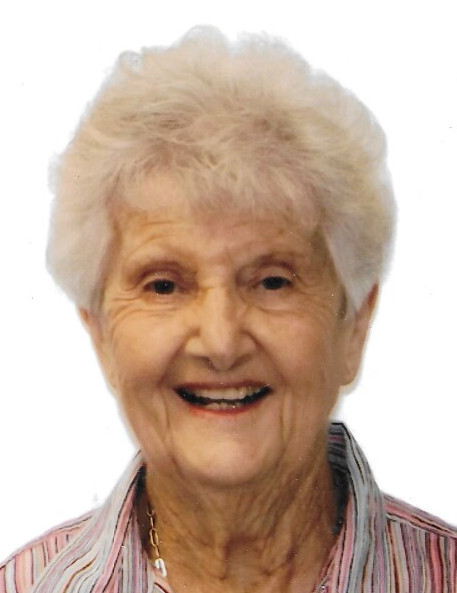 Lois Roberts passed away, peacefully in her home September 21, 2022, surrounded by family. She was born on August 23, 1925 in Declo, Idaho to Clyde Molyneux and Nina V. Pulsipher Molyneux. Her childhood was spent in Declo farming with her family.  She was the oldest of the four children who were: Lois, Nina May, William “Bill”, Marvin, and Earl.

The family moved to Twin Falls in 1942 and Lois graduated from Twin Falls School in 1943.
On March 27, 1943 she married her darling sweetheart, Gale Madsen Roberts, in Burley, Idaho. They were blessed with two sons, Gale C. Roberts, then two years later, Richard Guy Roberts.

In 1943 Gale joined the Navy and Lois and Gale C. lived with Lois’ parents and also Gale’s parents. After the war, Gale Sr. received some additional training in Klamath Falls, Oregon, after which the family moved back to Idaho. They lived in Twin Falls, Dugway, Picabo and Carey where they opened their own electrical shop, thus Roberts Electric was born. Lois was the bookkeeper and kept everyone on track.  She did everything except the actual electrical work. When they retired, they sold their business to their two sons who ran it until their own retirement.

Lois was a member of the Church of Jesus Christ of Latter-day Saints. She held many callings and worked tirelessly in those callings. She and Gale Sr. served two missions for their church.  One in the Church History Center in Salt Lake City and another at the Humanitarian Center in Twin Falls, Idaho.

Lois was an avid gardener and could make anything grow. But mostly loved being a grandmother and took great joy in everything her grandchildren did and was so proud of all of them.

She was preceded in death by her husband, Gale Madsen Roberts; her sister, Nina May Kuhen; and her brother, Marvin Molyneux.

Funeral service will be held at 11:00 am, with a viewing beginning at 10:00 am, Friday, September 30, 2022 at the Church of Jesus Christ of Latter-day Saints, Shoshone Ward, Shoshone, Idaho. Grave dedication will conclude at Shoshone Cemetery. The family invites you to join the service via a Zoom meeting at # 96034247834 password: Shoshone.

Memories and condolences may be shared with the family on Lois’ memorial webpage at www.farnsworthmortuary.com.

To order memorial trees or send flowers to the family in memory of Lois Roberts, please visit our flower store.