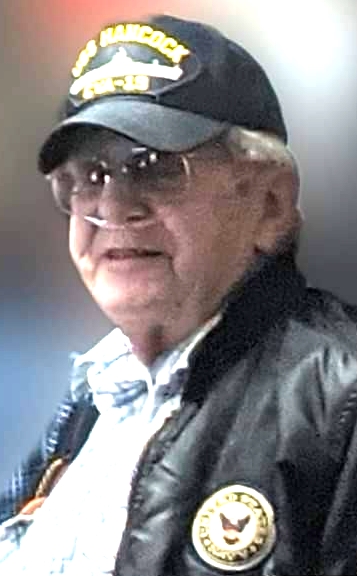 Lyle was born on August 19, 1942, in Fairfield, Idaho to William and Ollie Becker.  He attended Mountain Home High School and enlisted in the Navy in 1960.  During his enlistment, he met the beginning love of his life Catherine Maher while on leave in San Francisco, California.  They were married on November 17, 1962.  This union blessed them with four children: Lea, Danny, Loren, and Chrissy.

After Lyle left the Navy they moved to Mountain Home, then to Jerome where Lyle drove semi to take care of his family.  Check-ins to the home were done to make sure that Checkers (Cathy) was doing good and that Skeeter, Daniel Boone, Booge, and Ladybug were behaving.  In 1981 Lyle was offered a job in Challis working for Cyprus Mines so the family moved there where he set roots.  While in Challis, he enjoyed spending time snowmobiling in the mountains with the kids, hunting, fishing, and their camping trips to Stanley.

As he started to transition from Dad to Grandpa, he embraced the role of being “Fishing Grandpa” and really enjoyed having the Grandkids with him while he and Cathy were at Black Powder Rendezvous and teaching them how to fish or pan for gold.   A unique bond was created during this time with his Grandson Michael and that bond was cemented until the time Lyle took his last breath.  Lyle was not only Grandpa, but Father, and assisted in raising Michael and his sister Caitlin by being the consistent Father figure in their lives from their first days until his last.

In 2004 his love was diagnosed with Pancreatic Cancer and after a short, but hard-fought battle, she lost her fight on August 9, 2004.

After Cathy's passing, he was blessed to marry the final love of his life, Edie McEntarffer on October 22, 2011.

This union enabled his relationship with his son Michael and blessed him with three bonus children Jimmy, Tammy, and Shawna.   Lyle and Edie were surrounded by an astonishing 20 Grandchildren and 27 Great Grandchildren.

During his retirement years, Lyle and Edie liked to spend as much time together as they could, even during Edie’s work breaks when he’d visit her for his maple bar and a cup of coffee.  They loved their no-destination spontaneous road trips, rounding up cattle on the McKay farm and spending as much time as he could with all his family.  As his health started to decline and he had to slow down a little he enjoyed his nightly drives to see the daily progress of Brad and Casie’s house while it was being built.  He was able to see the final completion just days before his passing.

He was preceded in death by his parents, his late wife Cathy, his son Loren and four brothers.

Whether his title was husband, father, Grandpa, Great Grandpa, friend, brother, or best friend he will forever be missed and loved by all who were lucky enough to know him.

Memories and condolences may be shared with the family on Lyle’s memorial webpage at www.farnsworthmortuary.com.

In lieu of flowers, the family requests donations are made to St Labre Indian School in Lyle’s name.

To order memorial trees or send flowers to the family in memory of Lyle Becker, please visit our flower store.