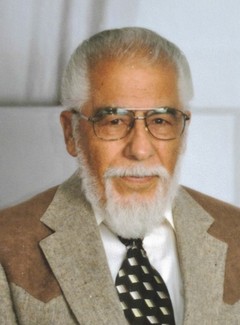 Manuel Anthony Dias passed into eternity on June 16, 2018 at home in Wendell, Idaho. He was born December 14, 1930 in Tracy, California to Manuel C. Dias and Maria Martin Dias. He attended school in the Banta and Tracy school systems.

He served in the Army in Korea in 1952-53, and upon his return he married Virginia Souza on September 20, 1954 in Reno, Nevada. They operated a dairy in both Manteca  and Oakdale, California before selling out and relocating to Wendell, Idaho in 1970. They have made Wendell their home ever since. In addition to owning a dairy in Wendell, Manuel worked at Tupperware, and then the Spears plant in Jerome before retiring in 1995.

Manuel is survived by his wife, Virginia; sons, Vince (Cheryl) Dias of Wendell and Pete (Paula) Dias of Middleton; and daughter, Kathy (Dennis) Hensley of Twin Falls; eleven grandchildren, and 10 great grandchildren. He is al so survived by his sisters, Adeline Rebolo of Twin Falls, and Alice (Frank) Cardoza of Boise; his brothers, Joe Dias and John (Ann) Dias of Tracy, California; and his sisters-in-law, Arlene (Jaime) Graca of Turlock, California and Marie Dias of Tracy, California.

He was preceded in death by his parents of Tracy; his sister, Mary (Pete) Gomes of Modesto, California, and his brother, Henry Dias of Tracy.

Funeral services will be held at 11:00 am, with a viewing beginning at 10:00 am, Wednesday, June 20, 2018 at Farnsworth Mortuary, 1343 S Lincoln Ave, Jerome. Graveside services will conclude at Wendell Cemetery, Wendell.

His wit, wisdom, and generosity are the traits that most will remember him by.

Memories and condolences may be shared with the family on Manuel's memorial webpage at www.farnsworthmortuary.com.

To order memorial trees or send flowers to the family in memory of Manuel Dias, please visit our flower store.