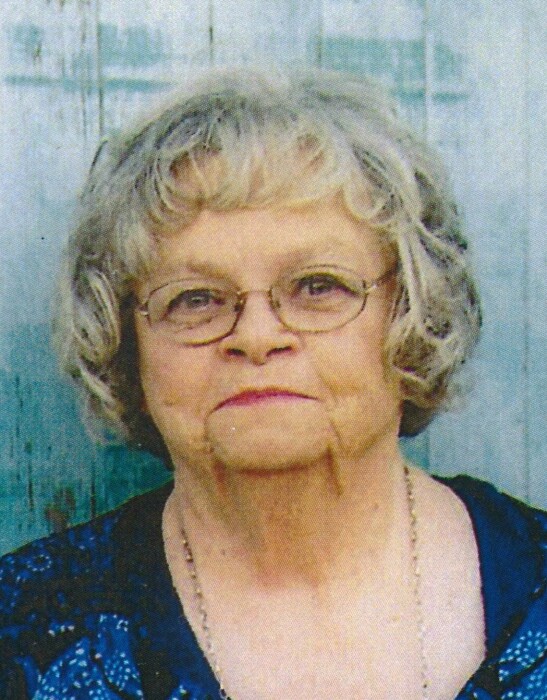 Marion Lee Van Leishout returned to be with her heavenly family on January 6, 2021. Marion was born on October 20, 1936 in Phoenix, Arizona, to Joseph Dawson Cowan and Lola Nevada Talbot, where she joined her 2-year-old sister, Donna. Lola and Joe later divorced, and Marion moved with her mother and sister to Idaho when she was three years old. When Marion was six, her mother married the man that Marion would forever call Daddy, James Byron Roberts. Marion’s family lived in and around the Boise area until she was 13 years old, at which time they moved to Eureka, Montana. When Marion was 15 her brother, John Thomas Cowan, was born, to her father, Joe, and his wife, Juanita.

Three years after moving to Montana, Marion met and married George Albert Van Leishout and together they had five children: James, Suzanne, Don, Tammy and Lola. In 1960 the family was introduced to missionaries of The Church of Jesus Christ of Latter-day Saints, and George and Marion were baptized that same year, since that time the Church has been a cornerstone of Marion’s life. In 1965 the family moved to Gooding, Idaho and then nine months later they moved to Jerome. George and Marion divorced in 1990 and Marion remained living in Jerome.

During the short time they lived in Gooding, Marion made many friends who were hearing impaired and it inspired her to learn sign language. It was her great honor to become a sign language interpreter for her ward in Jerome. Marion had many callings in the church, but the ones she loved the most were as a cub/boy scout leader and as girl’s camp counselor/director. She also enjoyed helping with the road shows and teaching Relief Society.

Marion loved camping and gardening, and she enjoyed many other hobbies as well. She loved crafting most of all; sewing, embroidery, painting/drawing, scrapbooking, and many, many more, if it could be classified as a craft, she was doing it. Her most recent interest was creating fairy houses.

Marion was a collector of many things, she loved collecting owls and at one time had over 100 of them in varying shapes and kinds, from as small as your thumb to some as big as a small child. She liked to collect antiques, she enjoyed finding special, unique pieces and she loved learning their history. Marion also had collected a sizable Christmas Village over the years, the last time it was fully assembled It filled most of her living room. Marion’s very favorite thing to collect was teddy bears, teddy bears of all sorts and sizes; pictures of teddy bears, ceramic teddy bears, but mostly she loved stuffed teddy bears, she never met a teddy bear she didn’t like, but her very favorite teddy bear was Charlie.

Marion was well liked by anyone who knew her, she never met a stranger just a future friend, she leaves behind many friends and neighbors that were very dear to her. There was always room in her life and home for anyone who needed a warm meal or a place to call a home away from home. Marion’s most prized role in life was as a mother and grandmother, her family was her world, and she will be dearly missed by them. She leaves behind a legacy of love.

Marion was preceded in death by her parents and one grandson. She is survived by her beloved sister, Donna Noble; her brother, John Cowan; her five children: James (Leslie) Van Leishout, Suzanne (Doug) LaFrance, Don Van Leishout, Tammy (Benny) Walker, and Lola (Robert) Schultz; twenty-two grandchildren, thirty-five great-grandchildren, and one great-great-grandchild; as well as many nieces and nephews.

A celebration of Marion’s life with be held at 11:00 am, Monday, January 18, 2021 at the Church of Jesus Christ of Latter-day Saints, Jerome Stake Center, Jerome, Idaho. A viewing will be held one hour prior to the service. Interment at the Jerome Cemetery will follow the funeral service.

Due to COVID-19 concerns, this service will be open to family only. Masks will be required. The service will be livestreamed for friends on the Farnsworth Mortuary & Crematory Facebook page.

Memories and condolences may be shared with the family on Marion’s memorial webpage at www.farnsworthmortuary.com.

To order memorial trees or send flowers to the family in memory of Marion Van Leishout, please visit our flower store.