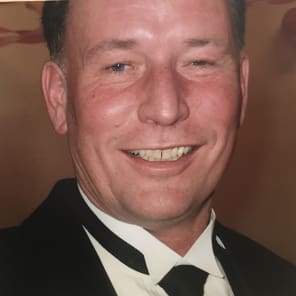 William Mark Walters, Jerome, Idaho, was born October 10, 1951 at St. Valentine‘s in Wendell, Idaho to his parents, Charley and Madeline Walters. He passed away after his battle with cancer on January 28, 2019 at his home in Jerome. He grew up across the Red Bridge northeast of Jerome with his parents, grandparents, and six siblings. As a child, he attended the Methodist Church in Jerome with his brothers and sisters where he was taught the love of God and an abiding faith by his mother. He attended Jerome Public Schools and graduated in 1969. From 1969-1973 he attended the College of Southern Idaho and the University of Idaho where he majored in Electrical Engineering.  He was married to Marva Shoemaker in 1974. From their union came his son Dan Walters and daughter Debbie Shoemaker. After their divorce, Mark married his soul mate Sandra Shedd in 2015 wherein he acquired an extended family of Jessicca, Brandalyn, and Brendon. Mark was an active member of the Elks Club where he participated in the many charitable activities sponsored by the Elks Lodge in Jerome and received the award of Elk of the Year.

Growing up, Mark farmed with his father and family across the Red Bridge on the Walters’ Ranch where he grew to love the land and where he stayed for the duration of his life. Mark was lucky enough to turn his passions and interests into careers, such as his learning how to fly. His love for flying was fostered at home by building and launching numerous model airplanes and rockets. He then turned this passion into a pilot’s license and subsequently a commercial business of crop dusting in the late 1970’s and 1980’s, flying out of the Jerome airport. He had many harrowing close calls of which he fortunately lived to tell about. With his first wife, Marva, they operated a Piper Flight Center at the Jerome Airport where he successfully conducted a flight school, training many new pilots who earned their wings under his mentorship.

Mark was a natural musician and his love for music was inspired by his mother and father and the many jam sessions held at the Walters’ Ranch during his formative years. Mark became an accomplished musician playing the 5-string banjo, bluegrass fiddle, and guitar. The family played as a band throughout the Jerome Community and the Magic Valley. He developed his well known, hard-driving bluegrass fiddle style at the University of Idaho. He became part of the “Hog Heaven String Band” whose unique style and specialty was bluegrass music. They played in the Moscow area and usually performed in front of capacity crowds at the University of Idaho in a variety of music venues.

Mark was also known for his entertaining and hospitality. He had an engaging personality, he was warm, affectionate, with an infectious laugh and sense of humor. He made friends easily wherever he went. He honed his cooking skills at the Elks Lodge’s many banquets and held multiple picnics and BBQs at he and Sandra’s home across the Red Bridge. His warm hospitality, his outgoing friendly style, and tables full of good food usually filled their home to capacity with friends and neighbors; all were welcome.

Memories and condolences may be shared with the family on Mark’s memorial webpage at www.farnsworthmortuary.com.

To order memorial trees or send flowers to the family in memory of Mark Walters, please visit our flower store.