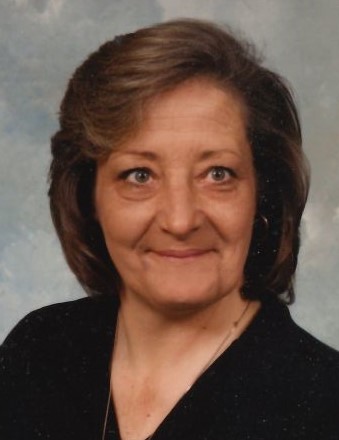 Mary Kathleen Magee Of Jerome, Idaho died April 10, 2021. She was born May 29, 1951 in Detroit, Michigan to Herb and Mary Walters.  Kathy attended school in Jerome, Idaho and was a key member of the baton twirling team.  Kathy went on to become a homemaker who made a home for all strays; children, adults, and four legged alike.

While raising her children she went back to school at the College of Southern Idaho to obtain her High School Equivalency.  After raising her children, she went on to make one of her hobbies into a career.  She spent many years as a commercial seamstress designing and customizing SUV Cargo Liners & Seat Covers until her health prevented her from continuing to work.

Kathy was married on April 20, 1975 in Elko, Nevada to her soul mate, Dick Magee.  She belonged to the Jerome Bowling League and served as a Board Member and Troop leader with the Camp Fire Girls. She was referred to as Aunt Crafty because she loved quilting, scrapbooking, needlepoint, and crocheting. She enjoyed anything that allowed her to build her creative skills.

Mom’s favorite quote was “Everyone is entitled to my opinion”. Kathy was determined to live life to the fullest.  She was gregarious, loving and passionate.  Her greatest pleasure was talking about the achievements of her children.  She loved listening to VH1 and MTV, some of her favorite artists were Phil Collins, Neil Diamond, ZZ Top, Bob Sieger and the Nitty Gritty Dirt Band.  There were very few days where something wasn’t playing in the background.

She was preceded in death by her daughter, Beth; twin sister, Christine; and parents, Herb and Mary.

She is survived by her loving husband, Dick; her children, Debbie and Gary Driesel of Cody, WY; Tim and Lorna Magee and Cindy and Ross Nieves of Jerome, ID; her grandchildren, Aaron, Ben, Dakota, Brianna and Alexandria; her sisters, Bonnie Walters and Doug Etters, and Becky Walters and Kenneth Lindley of Jerome, ID; as well as multiple nieces and nephews.

A Celebration of life will be planned at a future date.

Memories and condolences may be shared with the family on Kathy’s memorial webpage at www.farnsworthmortuary.com.

To order memorial trees or send flowers to the family in memory of Mary "Kathy" Magee, please visit our flower store.