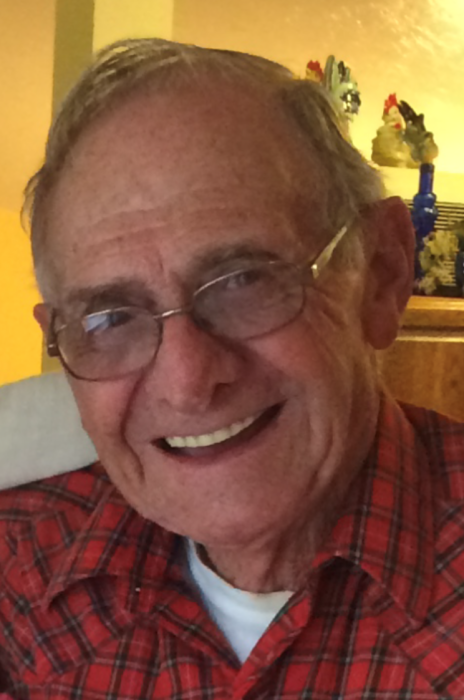 Max Oscar Suter, 87, peacefully passed away at his home surrounded by his immediate family on Tuesday, April 28, 2020, from cancer. Born January 17, 1933 in Boise, Idaho, he was adopted at two months of age by Harry Lee Suter and Osa Sanders Suter of Jerome, Idaho. His arrival from Boise was celebrated with an announcement on the radio! A 1951 Jerome High School graduate, he was proud of attending the National F.F.A. Convention in Kansas City, Missouri during his junior year. He maintained a lifetime of friendship and admiration for his high school vo-ag teacher, Carter Van Luther.

Max married Joan Butler on January 1, 1952, and they raised three sons, Michael Joe, Randall Phillip, and Douglas Max Suter. She joined Max and his parents on their diversified crop, dairy, and livestock farm northeast of Jerome. They were later divorced. After his sons were raised, he enjoyed the companionship of Shirley Engleman. Her daughter, Tammy, became the daughter he always wanted.

Over the years, Max was active in various organizations, including Buttons & Bows Square Dancing, I.O.O.F. #129, Jerome Co-Operative Creamery, Jerome County Search & Rescue, and the Jerome Elks Lodge. He served on the boards of Valley Co-op and the Potato Growers of Idaho. He enjoyed elk hunting with his son, Doug, steelhead fishing with his life-long friend, Duane Carroll, golfing, league bowling, and exploring the hills on a snow machine. He was a gifted mechanic and he kept his trucks and farm equipment well maintained. A highlight was earning his pilot’s license and enjoying the travel it afforded. He was a joker and a had a great gift of gab. He loved visiting with people.

Max was preceded in death by his sons, Mike and Doug (Diana) Suter. He is survived by his son, Randy (Cherri); and grandchildren, Jason (Elly), Michael Max, and Zachary; Casey (Beth) and Kelly; Karlena (Dustin) Sears and Jayne; and several great grandchildren. Additionally, he is survived by his chosen daughter, Tammy (Clint) Gardner, and daughter, Kelcie (Trevor) Veverka and son, Cody (Heather) Gardner. Max is also survived by his “adopted” family, Rigoberto and Micah Alvarado, and their sons, Edgar and Rigoberto.

The family wishes to express their gratitude to Dr. Lisa M. Burgett, and the caring nurses and staff provided by Hospice Visions. A special acknowledgement is made to Karen Phillips, his dancing partner and devoted friend. Her companionship brought happiness and contentment to Max during the last few years of his life. Max and Karen danced one last time at the Jerome Elks Lodge on March 13, 2020.

A private family Celebration of Max’s Life will be held at a later date.

Memories and condolences may be shared on Max’s memorial webpage at www.farnsworthmortuary.com

To order memorial trees or send flowers to the family in memory of Max Suter, please visit our flower store.