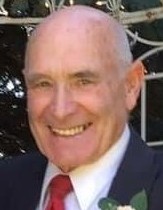 Michael LeRoy Packham, 76, of Kimberly, Idaho fought the good fight and was released from his pain Wednesday evening, October 21, 2020, of natural causes. Dad drew his last breath surrounded by his wife, Kathleen “Kathy”, his two daughters, Sheli and Cora, three sons, Shawn, Chad, and Kyle, as well as other loved ones.

Dad was born April 26, 1944 in Wendell, Idaho to LeRoy and Glennis Packham. Having been raised on a farm in Fairfield, he was taught at a young age how to work hard and respect those around him. Experiences such as being chased by an ornery old rooster as he gathered eggs, to waking up in his attic bedroom at the height of winter with frost on his bed covers, all added to the strength of character which prepared him for the challenges he later faced in life. Being the oldest of seven children, his siblings (LaPriel, Valera, the twins Clark and Scott, Garth and last but not least, Joel) helped our father learn many lessons of how to care for, love, and forgive in a large family. Farm life on the Camas Prairie required faith, diligence, and sacrifice but there was also time to play. When the Arctic like winters would turn the soil as hard as stone, so to would the waters of the Mormon Reservoir solidify into a thick layer of ice. This allowed the restless youth to hold competitions, seeing who could get their cars to spin out of control the furthest across the surface!

Dad’s parents were very giving people and that love for others was passed down to our father which in turn was passed down to us, his children, leaving behind a legacy of selfless service to others. This trait was magnified while he served a three-year mission, for his church, in Japan in the mid 60’s. Not long after returning home, Dad met our mother and our oldest sister. It was love at first wipe. Dad stole Mom’s heart when he knelt down to wipe the runny nose of her 2 yr old little girl. Dad and Mom were married on September 15, 1967. They were sealed in the Idaho Falls LDS Temple on June 20, 1970. Who would have thought that a simple act of kindness would progress into a 53 year marriage, 6 children, 24 grandchildren, and 28 great grandchildren.

Anyone who has been married though can testify that married life is not all blue skies. The thunderstorms and raging winds of life together were punctuated by the many rainbows that came through our parents’ love for each other which brought them through. Commitment is not just a word to our parents; it is at the heart of who they are. Our father loves our mother! It tore him up to have to go on ahead and leave her behind. We know that as our father took the next step in his journey, sorrow was tempered only as he stepped into the arms of his oldest son Mic, as well as his parents and grandparents who preceded him in death.

As a family we want everyone who knew our father to know that he loved you as well! You touched his heart and helped to shape him into the man that he was. For that we, his children, say thank you!

In lieu of flowers, we ask that you donate to the Michael Packham Benefit Account at any First Federal. We are greatly appreciative of all donations.

To order memorial trees or send flowers to the family in memory of Michael Packham, please visit our flower store.