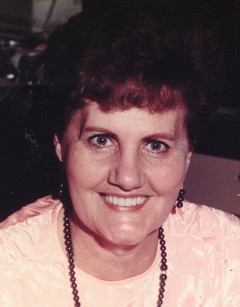 Nola Mae Cook, age 80, returned home on May 23, 2018. Nola was born on May 13, 1938 to loving parents, John Howard Fullmer and Ara Minta Kite. She was blessed with a majestic presence and loved quilting, being outdoors, working in her garden and yard. It was often said of her “she knew how to enjoy life”. She grew up on the family farm in Roberts, Idaho where her parents taught her the value of working hard, a concept she lived up to her entire life.

She graduated from Roberts High School and attended Ricks College. While attending college she met the love of her life, Gary Glen Cook, and after a short courtship they married on August 1, 1958, in Coltman Idaho. In 2007 Gary took his bride to the Idaho Falls LDS Temple where they received the promise of being eternal companions. Most of their time was spent in the Southern Idaho area where they raised their four sons and two daughters.

Each of the six children had a unique and loving bond with their mother and each cherished the time she spent with them. She was their number one supporter in each and every endeavor they were pursuing. She traveled endless miles providing support regardless of the activities: academic, sporting, and those of a spiritual nature. Her grandchildren were a constant source of entertainment for her, as she was for them. It was not uncommon to find her sledding down a snow hill or even tubing down a canal or river with her grandchildren.

The family would like to express their appreciation to Hospice Visions for the tender love and care they provided Nola in her final days and hours.

Nola, we will miss you more than we can ever say. We are comforted in the knowledge that we will be together again. We will honor your legacy by being joyful in our lives and serving others with unconditional love.

Memories and condolences may be shared with the family on Nola’s memorial webpage at www.farnsworthmortuary.com.

To order memorial trees or send flowers to the family in memory of Nola Cook, please visit our flower store.