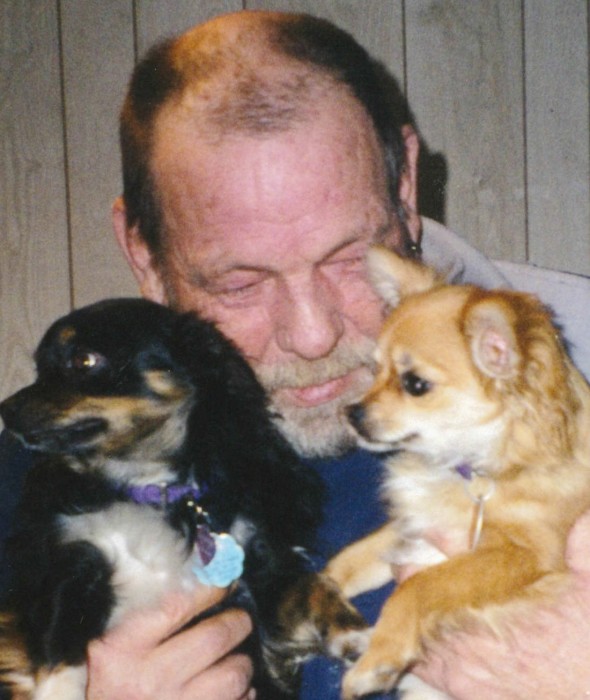 Ralph Arthur Ahrendsen, 78, of Jerome passed away Thursday October 11, 2018 at his home surrounded by his family. Ralph was born on March 3, 1940 in Buhl, Idaho to Andrew C. Ahrendsen and Henrietta Orr Ahrendsen.

Ralph attended school in Buhl up through his high school years. At the age of 17 Ralph joined the United States Army on June 9, 1957. Later he met the love of his life, Tamera Brown, and they were married on April 4, 1988 in Elko, Nevada. They settled in Jerome, Idaho making this their home where he worked as a diesel mechanic.

Ralph’s hobbies went right along with his love for mechanics as he spent time working on his Pontiac and Ford pickup. He also loved spending time in the outdoors; hunting and fishing. Some of Ralph’s special interests consisted of looking into the sky at the stars and of course tending to his chihuahuas. Ralph loved his dogs like his own children, especially his little Cindy.

Although Ralph had his hobbies and interests nothing was more important than his family. Ralph was completely content with just having them around.

Per Ralph’s request no service will be held.

Memories and condolences may be shared with the family on Ralph’s memorial webpage at www.farnsworthmortuary.com.

To order memorial trees or send flowers to the family in memory of Ralph Ahrendsen, please visit our flower store.