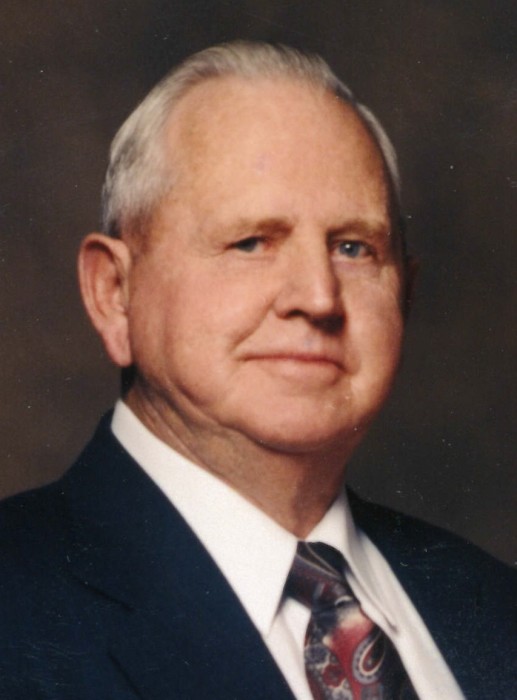 Ray was born November 7, 1923 in Salt Lake City, Utah to parents Thomas Ford and Hazel Amelia Wood. Ray was the first child of that union and Thomas and Hazel’s only son; three younger sisters completed the family. They lived on a farm in Centerville, Utah. When Ray was only 14, his father became terminally ill, leaving him to take over the work on his father’s farm, cherry orchard, and dairy in order to provide for his mother and sisters. He graduated from Davis High School in Kaysville, Utah in 1941and thereafter continued to farm. Although he worked hard, he found time to play hard as well. He loved baseball and was a catcher and leadoff hitter for a semi-pro team in the Salt Lake area for several years.

On June 17, 1946, Ray married Joyce Arbuckle in the Salt Lake City Temple. They were married by Harold B. Lee. While living in Utah, Ray and Joyce welcomed three sons, Ronald, Gordon, and Bruce. In 1959 they moved to Jerome, Idaho. There they were blessed with two more children, Bryan and Karen. Ray continued to farm, raising sugar beets, dry beans, hay, wheat, and potatoes. He took pride in his work, and those around him noticed. His children recall friends and acquaintances remarking to them that Ray had the best crop around. Once again, Ray made time for things he loved to do. He coached Pony League and American Legion baseball, hunted elk with friends in the Selway-Bitterroot Wilderness area, held season tickets to BYU football, played pinochle, and participated in several bowling leagues. In about 1993 he started putting together puzzles and continued that practice until his last days.

Ray was a lifelong member of the Church of Jesus Christ of Latter-day Saints. As time went on, his family grew with the births of grandchildren and great grandchildren. These additions brought the opportunity for a new hobby; teasing his grandchildren and loading up his great grandchildren with candy and other sweets. He also continued to bowl regularly, bowling a 169 average at age 93. He dearly loved playing pinochle the last few years at the Jerome Senior Citizen Center and appreciated his friends that came over to the nursing home to play every Saturday, along with several other friends who played with him in between.

Those who will miss Ray greatly include his four children, Gordon (Elaine) of Jerome, Idaho; Bruce (Gwen) of Hermiston, Oregon; Bryan (Deanne) of Twin Falls, Idaho; and Karen (Joel) Seamons of Jerome, Idaho; 19 grandchildren; 48 great grandchildren; and his three sisters, NaDean Steffen, Norma Leavitt, and Elizabeth Hess. Members of his family welcoming him home on the other side include his parents, Thomas and Hazel; Joyce, his wife of nearly 68 years; and their son, Ronald.

Ray’s family wishes to extend their heartfelt gratitude to the staff of Bridgeview Estates for their help, friendship and kindness shown to him and the family this past year and to Visions Hospice for their care the last couple weeks.

A viewing will be held from 6:00 pm until 8:00 pm Sunday, October 7, 2018 at Farnsworth Mortuary, 1343 S Lincoln Ave, Jerome. Funeral service will be held at 11:00 am, Monday, October 8, 2018, with a viewing beginning at 10:00 am, at the Church of Jesus Christ of Latter-day Saints, Jerome 1st Ward, 825 E Avenue B, Jerome, with Bishop Timothy Perry conducting. Graveside dedication will conclude at the Jerome Cemetery.

Memories and condolences may be shared with the family on Ray’s memorial webpage at www.farnsworthmortuary.com.

To order memorial trees or send flowers to the family in memory of Ray Ford, please visit our flower store.