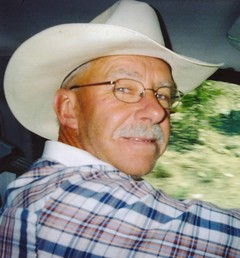 Richard “Rick” Leon Ustick, born January 18, 1946, went to be with our Savior Jesus Christ, surrounded by his family on June 16, 2018 at home after a long and courageous battle with cancer.

Rick was born the son of Vic and Wilma Ustick in Nampa, Idaho. His parents decided that he needed a playmate, and 2 ½ years later Vicki Ann, his little sister, came along. Vicki and Rick became very close in their adult years and he couldn’t have asked for a better sister.

The family moved to Jerome to farm in 1962. Rick had a love for anything John Deere, whether it be a coffee cup, a blanket or a tractor you could find him with one or near one. Rick decided in 1966 he wanted to join the armed forces. On April 14, 1967 he completed the Air Policeman Course. While in the Air Force, he received the Air Force Outstanding Unit Award, Small Arms Expert Marksmanship Ribbon, Air Force Reserve Forces Meritorious Service Ribbon, and the Idaho Service Ribbon V. Rick was honorably discharged from the Air National Guard of Idaho and the Reserve of the United States Air Force on December 28, 1973. Rick came home and did several miscellaneous jobs such as truck driving and helping on the family farm. He enjoyed team roping in the Jerome and Twin Falls area.

Rick always had a passion for helping others and decided he wanted to become a reserve deputy for Jerome County. Rick met the love of his life, Rockie, on an emergency call; Rockie was an EMT and he was on Search and Rescue. The EMT’s needed back up and the Search and Rescue came to help. One can say Rick and Rockie were always each other’s back up through life.

Rick married Joyce P. “Rockie” Kauffman on November 4, 1994. Along with this union he inherited three kids, Shelly, Troy and Shawn; and four grand kids, Tucker, Tackett, Jasper and Taylor. Little did he know these kids would grow to be like his own.

In 2006, at the age of 58, he completed P.O.S.T. academy. Along with this new certification, he was also certified for Advanced taser use. He was so advanced that he whipped the taser out one day and shot Kevin and Julie’s couch! The couch didn’t move, but we got the idea of how it worked. After 30 years of service with Jerome County, Rick retired in 2013. Not being one to sit still, he started driving truck for Arlo Lott. To pass the many road miles while driving he would practice his auctioneer skills. Rick worked for Arlo Lott until the cancer made him quit. Rick thought the world of Michelle, and the rest of the crew.

Rick had two very special nephews, Shaun and Matew. He had a very loving relationship with them. He was very proud of all their accomplishments and the men they have become.

He was preceded in death by his parents, Vic and Wilma Ustick; sister, Marylin Ustick; and step-son, Troy Peterson.

A Celebration of Rick’s Life will be held at 11:00 am, Saturday, June 23, 2018 at the Church of Jesus Christ of Latter-day Saints, 100 S 50 E, Jerome, in the Cultural Hall. Graveside services will conclude at the Jerome Cemetery.

In lieu of flowers, the family suggests a donation towards Richard’s Medical Fund (Richard and Joyce Ustick) that has been set up at Idaho Central Credit Union.

Rick and Rockie were together in the life, but not long enough. Rick and Rockie had finally found their soul mates. She was his sweetie and will always be. They will get that last camping trip he wanted, but it will be in the big sky up yonder.

Memories and condolences may be shared with the family on Rick’s memorial webpage at www.farnsworthmortuary.com

To order memorial trees or send flowers to the family in memory of Richard Ustick, please visit our flower store.