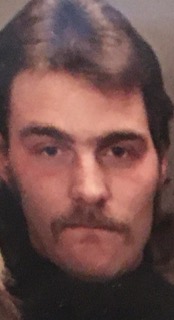 Roger Wayne Ivie graduated from this life on June 30, 2022. He joined his mom, Cherryl Dawn Coop; his father, Wendell Roger Ivie; his grandparents; and his sister, Lorie Ann Ivie.

Wayne was born December 8, 1966, in Provo, Utah. He was the first child, grandchild, and nephew. Wayne resided in Jerome, Idaho. When asked which place he would love to return to he said he would love to go back to Rock Springs, Wyoming. Wayne worked as a mechanic and cook, but his favorite job was as a fish farmer in Hagerman, Idaho.

Wayne participated in baseball and basketball. He was an excellent baseball player and could play any position. He was on the basketball team at Lakeridge Jr. High in Orem, Utah. He enjoyed football and loved NASCAR. Wayne was an avid hunter and fisherman. He really loved being outdoors.

Wayne was a family man, and a man of honor. The decisions he made were always for the good of his family. I loved watching him around Lori, helping her through her health crises, and the great love he had for Richard when he had to make such difficult choices to assure he had a good childhood. Deep inside I could see the anguish he felt over those choices. I loved watching the love he put into taking care of his mother, especially while he was dealing with his own health issues. It all was a beautiful thing to watch.

Wayne was preceded in death by his mom, Cherryl Dawn Coop (Sterling “Slim” Coop), his dad, Roger Ivie; his grandparents, Frank and Lucille Van Cleave; and Wendell and Hazel Ivie; his uncle, Larry Ivie; and his sister, Lorie Ann Ivie.

Until we meet again Wayne. We love you and miss you. You are forever in our hearts.

To order memorial trees or send flowers to the family in memory of Roger Ivie, please visit our flower store.