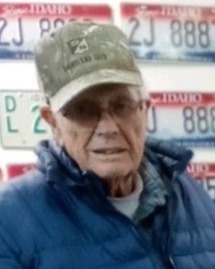 Leroy was born in Wendell, Idaho October 4, 1932 to H.H. “Dutch” and Lola Burgoyne Turpin.  He attended Jerome schools until he was 16.  Leroy then worked as a farmhand until he learned to drive trucks for Moorhead Trucking.  He drove for various companies until he was 80 years old.

In 1959 he married Marlene Oxwang of Marysville, Washington.  Together they had two sons, Cliff Turpin of Jerome and Travis Turpin of Burley.

He was preceded in death by his parents; and his brother, Terry.

A celebration of Leroy’s life is being planned for a later date.

Memories and condolences may be shared with the family on Leroy’s memorial webpage at www.farnsworthmortuary.com.

To order memorial trees or send flowers to the family in memory of Rolin Leroy Turpin, please visit our flower store.