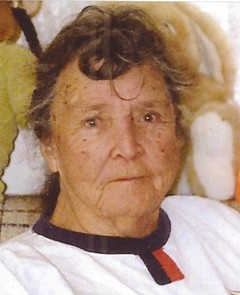 Our beloved Rosie Hinnenkamp died peacefully on March 30, 2018 at Oak Creek Rehab Center in Kimberly at the age of 89.

Rosie was born October 9, 1928 to Albert and Annie Schoultz in Oelwein, Iowa. Rose had a typical childhood for a young girl in the farming community hard hit by the great deprecation.

As she became a young woman, Rosie wanted to someday go to college and learn to be a poet. Rosie never made it to college but she wrote very personal and beautiful poetry throughout her life.

She left school after the eighth grade and worked at nursing homes or when she could find work as a waitress which paid more. Shortly after the war when she was nineteen, Rosie fell for a local truck driver named Jerry Peck and they married soon after. She would bear four daughter and a son. After more than 20 years of marriage and as her children were coming of age, Rosie and Jerry went their separate way.

Des Moines, Iowa is where Rosie would start her new life. She met an old acquaintance. His name was Gus and he was a WWII vet. He and Rosie were together for ten or more years. Gus would succumb to cancer and Rosie's life would turn a new page when she moved to Golden, Colorado.

The thin mountain air was a bug change from the flat plains of Iowa. She was able to get employment at the Coors Beer plant. But the laidback Iowa girl was out of her element. Her time in the Rockies' was short but she never lost her dream of one day returning to the mountains.

Rosie then moved on to North West Minnesota to live with her oldest daughter and her husband. After a few short years she was on the road again living mostly in the Des Moines, Iowa area and even returning to the Colorado Rockies.

Rosie came to her final home in Jerome, Idaho in 2006. Once again she was reunited with her oldest daughter and husband. She loved going to church at the Over Comers Church when she was feeling up to it.

Over the years Rosie had seen a husband; son and daughter as well as two young grandsons pass on. She often talked of a dream she kept having where everyone was waiting for her in a log cabin in heaven.

Memories and condolences may be shared with the family on Rosie's memorial webpage at www.farnsworthmortuary.com.

To order memorial trees or send flowers to the family in memory of Rosie Hinnenkamp, please visit our flower store.