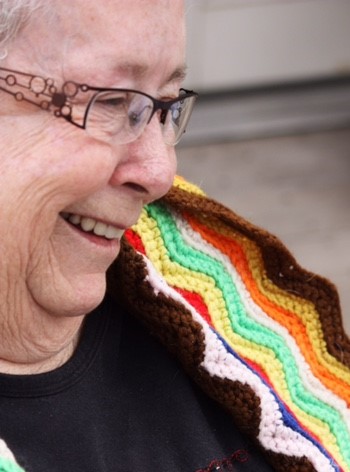 She was born February 17, 1930, in Jerome, Idaho, the daughter of Levi and Dora Wolverton.  Shirley was the youngest of seven siblings; three brothers and three sisters all preceding her in death.

Shirley was born and spent most of her 88 years in Jerome.  She was married to Kenneth Morgan in 1947 and had three children.  They divorced.  She met the love of her life, Ray Freis, while working at the Jerome Bowling alley and married in 1965.  After spending a few years in Nampa, Idaho they returned to Jerome to retire.

Shirley was stricken with rheumatoid arthritis and suffered with its pain for most all through her life, but was the toughest, most positive woman you would ever know.  She was witty, always making everyone laugh, the life of the party, and loved to tell jokes.  She was fiercely independent.  Shirley was a member of Rebekah’s and made many life long friends.

Shirley’s family was the love of her life.  She is survived by her daughters, Rexina (Jim) Fuqua of Mesquite, Nevada, and Holly (Mark) Hollbrook of Jerome, Idaho, and son, Bill (Debbie) Morgan of Boise, Idaho.  Shirley had 12 grandchildren and 7 great grandchildren.  She is also survived by her best friend and long-time sister-in-law, Edna Morgan.


In lieu of flowers, Shirley requested a donation to the charity of your choice or the Arthritis Foundation, arthritisfoundation.org.

Memories and condolences may be shared with the family on Shirley's memorial webpage at www.farnsworthmortuary.com.

To order memorial trees or send flowers to the family in memory of Shirley Freis, please visit our flower store.