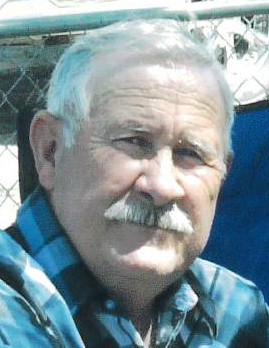 He was the second son of Edward Meyers and Helen Hansen Meyers. He grew up in Jerome, Idaho attending Appleton School and Jerome High School. He was a member of the Class of 1959.

He married Sandra Millard in 1959. They welcomed three daughters, Vicki, Staci, and Karla, to their family. They later divorced. He married Diane Cannon in 1973. His family grew by two more children, her daughter Jackie, and their son Kevin.

After driving truck for 45 years, and living in Gooding and then Nampa, Idaho, he returned to his hometown of Jerome to retire. He enjoyed attending auctions, collecting die-cast toys, taking care of his yard, and watching his dogs.

He is survived by his children, Vicki (Gerry) Leininger, Staci Crudup, Karla (Tim) Cale, Jackie (Chuck) Chapin, and Kevin (Jackie) Meyers; his brother, Dwaine (Linda) Meyers; and sisters, Flora Meyers and Julene (Ken) Pearson; and many nieces and nephews. He was blessed with 12 grandchildren, six great-grandchildren, and two great-great children.

We would like to thank the staff at St. Luke’s for their care and concern for our dad.

A joint memorial service will be held at 11:00 a.m., Saturday, June 18, 2022, at Farnsworth Mortuary, 1343 South Lincoln, Jerome. The family will visit with friends and relatives an hour prior to the service.

Memories and condolences may be shared with the family on Victor’s memorial webpage at www.farnsworthmortuary.com.

To order memorial trees or send flowers to the family in memory of Victor Meyers, please visit our flower store.