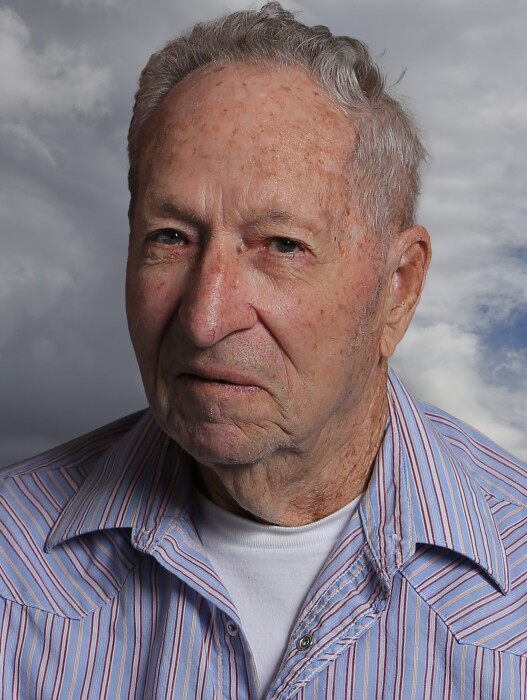 Warren R. Bluemer died peacefully at home with family at his side May 3, 2022 at the age of 92.  Warren was born August 21, 1929 to Clarence and Elva Johnson Bluemer and grew up in Richfield, Idaho.

Warren entered the Navy in October of ‘46 and was discharged in January of ‘50.  He loved his time in the service and was a proud World War II veteran.  He returned to Richfield and took up farming with his dad.  He was married and had 7 children and later married Frances Spencer who had 3 children and they had a daughter.

He loved fishing, camping, water skiing, singing and dancing.  He became a square dance caller at 50 and played guitar at 70 and traveled through 49 states.

He was preceded in death by his parents, Clarence and Elva Bluemer; sons, Berry and Bart; son-in-law, Jim Ruby; daughters-in-law, Paula and Mary; sister, Helen; brother, Wayne; and in-laws, Love and Bonnie Spencer.  He was known as Grampa Sweetie to some.  He will be missed greatly by all.

We would like to thank Dr. Burgett, and Dr. Hyatt at Heritage Home Health and also Lisa, Anahi, Sharon and Emily for all of their tender care.

To order memorial trees or send flowers to the family in memory of Warren Bluemer, please visit our flower store.