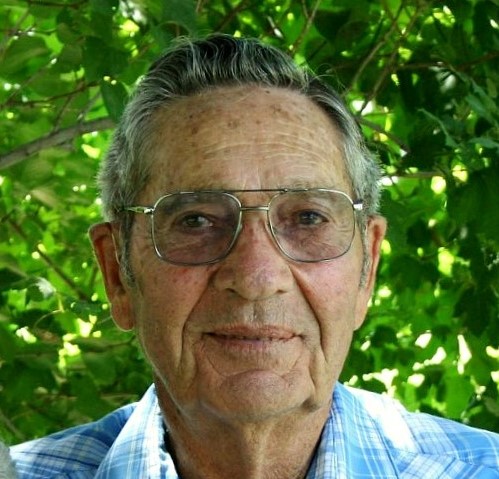 Our precious husband, dad, grandfather and great grandfather, Wayne Bluemer, passed into the arms of Jesus on September 18, 2018. He was a rascal right until the end and went on his own time and in his own way. Wayne was born on September 16, 1932 in Jackson Hole, Wyoming. Wayne moved to Richfield, Idaho in 1938 with his parents, Clarence and Elva Bluemer, and his 4 sisters, Betty (AJ Jones), Helen (Lloyd Maestas), Alice (Alvin Keller), Sharon (Mark Hall) and his brother, Warren (Francis Bluemer).

When he was 17 he entered the Navy and served our Country for over 2 years, but then a beautiful young woman named Jeanne stole his heart and they were married within 10 days of their first official date.

Wayne is survived by his sweet wife Jeanne of 65 years and his three amazing daughters. Wayne was blessed with 8 grandkids, 19 great grandkids and one great-great grandchild. We will miss him so much, but know he is finally resting and breathing peacefully in Jesus’ arms.

We wish to thank ALL the angels that took care of him at Hospice Visions and Creekside Care center.

In lieu of flowers, the family would appreciate donations to Capstone Missions to honor Wayne’s memory. You can visit their website at www.capstonemissions.org or mail your donation to P.O. Box 561 Jerome, ID 83338.

Memories and condolences may be shared with the family on Wayne’s memorial webpage at www.farnsworthmortuary.com.

To order memorial trees or send flowers to the family in memory of Wayne Bluemer, please visit our flower store.