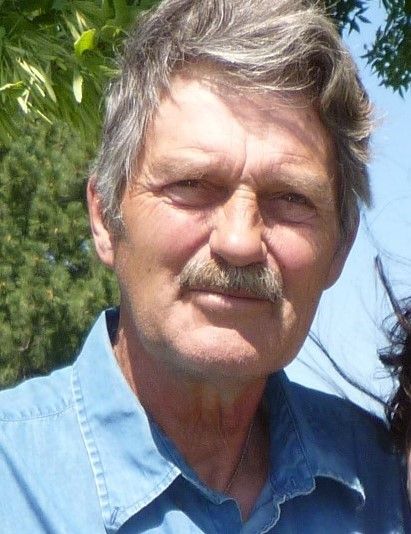 Roger died at his home in Jerome of an apparent heart attack on Saturday, June 15, 2019, his 68th birthday.

Wayne Roger Watson was born in Rupert, Idaho to Wayne and Leota Sheen Watson on June 15, 1951.  He grew up in Hazelton, Idaho, and attended Valley High School. He was a sweet, handsome, happy boy who had many friends. While growing up there, he also attended the Hazelton Church of Jesus Christ of Latter-day Saints.  He moved with his family to the farm on Kasota Road in 1968 and graduated from Minico High School in 1969.

Racing motorcycles was one of his passions in his youth. After enlisting in the U.S. Army in January of 1970, he spent basic training at Fort Lewis, WA and later trained as a helicopter mechanic at Fort Eustis, VA. He served one tour of duty in Vietnam between 1970 and 1971.

After returning home, Roger worked for a few years as a hired man for local farmers in Magic Valley. Roger and Janie Pollard McCool were married in 1982.  They had three daughters, Crystal, Jeanette, and Maribeth, and he helped raise his stepdaughter, Jessica. They later divorced. Roger also had a daughter, Kimberlie, with Laura Lee. His greatest accomplishments in life were his beautiful daughters, along with their sweet families.

He spent five years doing long-haul truck driving all over the U.S. He was also a gifted mechanic and in his later years did a lot of small engine repair. In Roger’s later years, he lived at his home in Jerome and raised rabbits and chickens which he enjoyed very much. He loved to go to the Jerome auction and bring home treasures to work on, especially motorcycles or anything with an engine. He also spent many hours building and repairing old bicycles for the neighborhood kids.

He is survived by his daughters, Kimberlie Lee; Crystal (Jason) Tverdy; and Maribeth (Micah) Alexander, all of Buhl; and ten grandchildren, Annaliese, Emma, Cameron, Hattea, and Eva Tverdy, Codee Cooper, Kadance, Bradon, Carsten and Nathaniel Alexander. He is also survived by two sisters, Connie (Rick) Kelly and Denise (Mark) Lundquist; and many nieces, nephews, and cousins.  He was preceded in death by his baby daughter, Jeanette; his parents; and his sister, Janice.

Despite suffering from his illness, Roger never lost his big heart and his wonderful sense of humor.  He had a natural gift of gab and made friends easily.  He enjoyed his neighbors and they were kind to him. Our thanks go out to those who cared about him and kept an eye out for him.

Roger will be laid to rest with military honors at Sunset Memorial Park in Twin Falls on Saturday, June 22, 2019 at 10 a.m. followed by a hosted luncheon for family and friends at Idaho Pizza.

Memories and condolences may be shared with the family on Roger’s memorial webpage at www.farnsworthmortuary.com.

To order memorial trees or send flowers to the family in memory of Wayne "Roger" Watson, please visit our flower store.