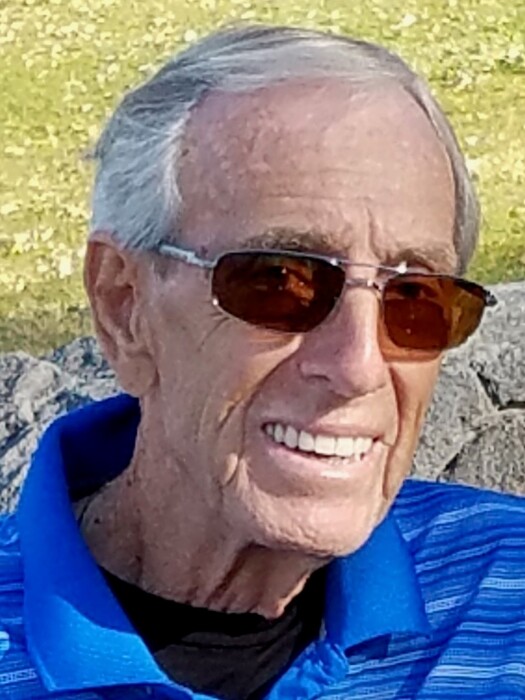 Lee Gilliland of Twin Falls, Idaho, born William LeeRoy, October 1935 to William Franklin Gilliland and Sara Jean Stevens in Red Bluff, California, passed away peacefully April 3, 2021. We celebrate his life of 85 years and marriage to Janet of 63 years. Lee met Janet Johnston when both were working at Lassen National Park near Redding, California. They were married at a small chapel in Reno, Nevada in 1958 and lived in Nevada from Lake Tahoe to Elko before moving to Twin Falls 24 years ago.

After graduating from Red Bluff high school in 1954 and serving with the Naval Reserve, Lee joined the Standard Oil Company. He managed service stations (back when ‘gas stations’ provided service to customers and their cars). He successfully transitioned into station ownership and was with Standard Oil and Chevron Oil for more than 40 years. Lee’s professionalism, dedication to customer service and personal discipline brought him business honors with Chevron and success in real estate and investments. He mentored and guided many in their early careers and maintained those close relationships until his passing. His sage advice included, “Continue being the best you are capable of being, and search for ways to get even better”.

Lee was civic minded and a member of the Elks Lodge for 53 years. He was a staunch Republican who voted and believed in the US Constitution, small government and personal responsibility. He lived the American Dream, helping others along their journeys. He appreciated the opportunities provided in this free country.

Lee retired in his early forties to tour the United States with Janet in their RV. They caravanned with friends to many special destinations. Janet always told him that “Motorhome traveling provides a huge window to beauty. Views of wildflowers and cloud formations rival those of spectacular mountains, rivers and lakes.” He was an avid fisherman, catching a marlin in Mexico, salmon in Alaska and fishing with family and friends at the Ruby Marshes, Lake Powell and throughout Northern Nevada and Idaho. Lee was a supporter of the NRA for more than 50 years and hunted pheasant and chucker near Elko, in Idaho, Montana and North and South Dakota.

Family activities were important to Lee, including golfing, snowmobiling, water skiing, camping and attending family reunions. As an accomplished golfer, Lee enjoyed playing courses from Hawaii to New Hampshire and Washington to Arizona. He was past president of the Men’s Golf Association in Elko, past member of Blue Lakes Country Club and belonged to Jerome Country Club near Twin Falls. His best game was in 2017 at the age of 80 when he hit seven pars, five bogies offset by five birdies, and a hole-in-one (not his first hole-in-one!). He and Janet volunteered at PGA and Senior PGA events in Hawaii and Arizona. They developed many lifetime friendships through golf.

Lee is survived by his wife, Janet; and two daughters and sons-in-law, Lori and Scott Burns of Lamoille, Nevada, and Cindi and Jack Crowder of Santa Rosa, California. He will be missed by his granddaughter, Dr. Krista Burns (Dr. Mark Wade) of St. Petersburg, Florida; granddaughter and grandson-in-law, Angie and Joe Heguy of Elko; and two treasured great-grandchildren, Zoey and Alex Heguy. Lee is also survived by his sisters, Ann Ault (Ray) of Red Bluff, California, and Shirley DiSanto of Pleasant Hill, California; brothers, Bill Gilliland (Mary) of Placerville, California, and Jimmy Lesher (Laurie) of Grants Pass, Oregon, and their extended families. He was preceded in death by his parents, and brother, Gary Gilliland.

As per his request, no services are scheduled. Donations in Lee’s name may be contributed to the charity of your choice.

Memories and condolences may be shared with the family on Lee’s memorial webpage at www.farnsworthmortuary.com.

To order memorial trees or send flowers to the family in memory of William "Lee" Gilliland, please visit our flower store.