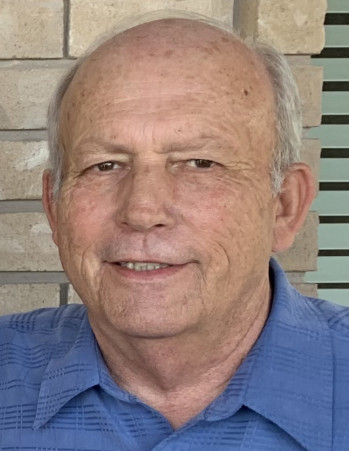 William Lynn Pearson age 68 of Jerome, Idaho passed away August 25, 2022. Lynn was a loving husband, father, papa, brother, uncle, friend and celebrated hillbilly. He was born in Twin Falls, Idaho on October 2, 1953 to Bill and Kate Pearson. Lynn grew up in Hansen, Idaho where he helped his family farm, attended school and graduated high school in 1971.  Lynn was a 4 year letterman in track, basketball and football.  Lynn received a football scholarship to play at BSU.

Lynn moved to Twin Falls in 1972 where he started his family and had two children, Jason and Lisa.  Throughout his life he worked at Triple C, Budweiser, the Magic Bowl and Magic Valley Speedway.  In 1991 he married Ticia Bradbury who had a daughter, Angela, and they lived in Jerome, Idaho until the time of his passing.

Over his 68 years Lynn enjoyed many hobbies.  At one time he was an avid bowler, race car driver, golfer, outdoorsman and wanna be slot machine professional. His most passionate past time was his family but most of all his 4 grandchildren aka the little JEMS.

Lynn is survived by his wife, Ticia; son, Jason (Mindy); daughters, Lisa (Andy); and Angela (Yeoman); grandchildren, Megan, Emily, Sammy, and Jamison; sisters, Diana, Bonnie, and Ramona; and many nieces, nephews, cousins and beloved Aunt Jenny. He was preceded in death by his parents and two siblings.

In lieu of flowers, come and have a red beer to celebrate the life of this loving, hardworking, caring, dedicated man.

Memories and condolences may be shared with the family on Lynn’s memorial webpage at www.farnsworthmortuary.com.

To order memorial trees or send flowers to the family in memory of William "Lynn" Pearson, please visit our flower store.