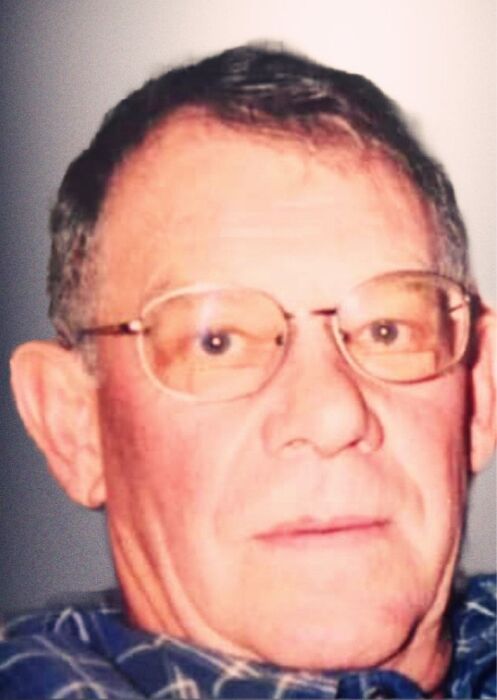 William Thomas “Tom” Sauer passed away February 21, 2022 at home from a heart attack and complications of COPD. Tom was born in Wendell, ID on April 5, 1942 to parents, Rueben and Ella Sauer. He had five brothers and one sister.

Tom was raised on the family farm north east of Jerome where he learned the value of hard work and gained his love for the land and animals. He moved sprinkler pipe and raised his pigs and sheep for FFA. He attended grade school at Pleasant Plains (a rural school located 6 miles north of Jerome). He then attended Jerome Jr. High School, and Jerome High School. Tom served as class President and played on the schools’ Basketball and Football teams. He was also a proud member of FFA. As a standout member he was chosen to represent JHS at the national FFA convention in Kansas.

Tom married his high school sweetheart, Karen Thompson. He began his married life working very long days for Marshall Farms doing intense physical labor such as grubbing sagebrush. He then traded in his grubhoe for the gas pump when he was hired as a Gas Station Attendant. Tom made friends with many of those whom he served by filling their tanks, checking their oil, and washing their windshields. He was never without a smile and always tried to show how much he cared about people and their vehicles. He loved his customers, and they loved him. There is no doubt that Tom generated an enormous amount of business.

Tom and Karen bought their first 40 acres of farmland equipped with an old farmhouse. Tom continued to work at the gas station while he worked hard raising his crops, cattle and pigs. Karen helped with the work while their children, Jeff and Cheri, loved the farm life and animals.

Tom left the gas station for a job with Wonder Bread as a delivery driver. This job was certainly not his ‘cup of tea’ so he gave it up to try his hand as a salesman, working for Sears where he sold vacuum cleaners and sewing machines. He loved working with people but was still not where he wanted to be. He decided to sell the 40-acre farm and bought an 80-acre dairy farm and the cows to go with it. Tom officially became a full-time Dairyman. After 7 years as an independent Dairyman, Tom sold his first dairy farm to partner with his father on the farm he grew up on. Tom built a new barn, animal shelters, corrals, and a home. When Tom eventually retired from the dairy business, he did several ‘odd’ jobs, and sought out those that allowed him to interact with people.

Tom was the definition of a social butterfly; he loved people, made friends easily, and was a genuinely good person to all. Tom loved basketball and football. He encouraged and supported his sons in their athletic endeavors. He even coached some of their recreational basketball teams. He was an avid fan of CSI basketball, attending nearly all their home games. He took his grandchildren and many of their friends with him. The kids always felt very special getting to go with Tom to the games. If you knew Tom, you knew that going to the game meant lots of treats, and tons of fun. Tom was also a huge fan of Boise State football and basketball. There really wasn’t a college or professional game he wouldn’t watch on TV.

Although divorcing after 32 years of marriage, Tom and Karen continued to care about each other, and celebrated their children and their families. His later years were spent with Ann Stuhlberg. He embraced her family and gave his time and love to them just as he did his own family.

In retirement he was able to devote more time to his love of fishing. He bought a fifth-wheel trailer and a fishing boat. He loved Magic Reservoir and loved to park his camp trailer there for the entirety of the summer season. This allowed him to maximize time spent doing what he loved with those he loved. Tom gave his all to everything he did, work or play. He was an incredible person, and will be greatly missed by his big family, and countless friends.

Tom was preceded in death by his parents, two brothers, Jerry and Bryce, and his sister, Cheryl Dee, who died in infancy.

Funeral service will be held at 12 o’clock Noon, Monday, February 28, 2022, with a viewing beginning at 11:00 am, at the Church of Jesus Christ of Latter-day Saints, Jerome Stake Center, 26 N Tiger Dr, Jerome. Grave dedication will conclude at Jerome Cemetery.

Memories and condolences may be shared with the family on Tom’s memorial webpage at www.farnsworthmortuary.com.

To order memorial trees or send flowers to the family in memory of William "Tom" Sauer, please visit our flower store.